Why Vegans are Wrong 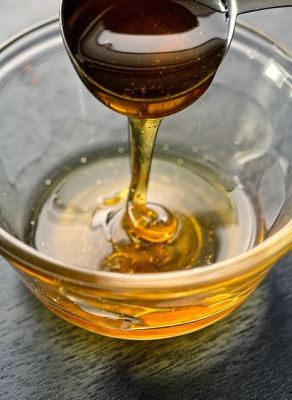 I have a vegan acquaintance. He is a mild, considerate, and generally pleasant young man. He thinks that beekeeping is cruel and inhumane. He tells me that honey-eating encourages theft and the abuse, imprisonment and exploitation of insects. “Tell me more,” I said.

Vegans, my friend told me, feel that if you eat honey, you harm the environment and you injure your health. I think that my friend and others like him make these false statements because they don’t know how honey is made nor how bees are kept. Such narrow thoughts give reasonable vegetarians a bad name. Much misinformation is rooted in an almost cult-like adherence to dogma created by the revered Donald Watson, founder of the vegan movement. 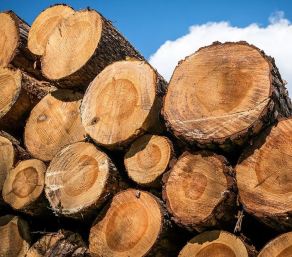 75 years ago, Don Watson invented the word Vegan and constructed much of the philosophy that goes with it. Mr Watson was a very, very, nasty man. Whether he hated the plant kingdom, or just didn’t know any better, is up for debate. But he savagely attacked plants of all sorts. His profession was teaching woodworking. He encouraged untold thousands of British youngsters to destroy stately trees (many over a hundred years old). He inspired them to cut down living denizens of the forest,  strip off their bark, rip into their hearts with power tools, then hammer nails through their defiled bodies. He showed people how to turn beautiful elms, oaks, and maples into bookshelves and grandiose chairs upon which to seat their bottoms.

It’s as if Watson, the first vegan, had no clue that the plants he encountered are (were) living, breathing monuments to the diversity of nature. Agreed, they don’t breathe oxygen the way we do but does that give Watson and his minions the right to recklessly consume plants? Rather than taking sustenance from animals such as bees – which aren’t killed in the process of honey-making and which help, not hurt, plants – Watson rejected honey.

Instead, Watson encouraged boiling the seedy offspring of wheat and shredding the greenery of lettuce and then eating it. Plants are defenseless. They can’t run. They can’t sting. To suggest that it’s more ethical to consume plants instead of honey is farcical, disingenuous, and wrong. Most plants are still alive when they enter a vegan’s mouth. As disgusting as this is, it’s doubly disheartening that these same people portend to subscribe to a superior lifestyle and tell others to shun honey.

And yet, largely because of Watson’s philosophy, vegans claim the ethical high ground. Because of Watson, honey is strictly forbidden. I can understand opposition to concrete zoos, factory farms with warehoused pigs, and chickens caged in tiny pens. These are obviously, ethically wrong. But when Watson wrote the rules, his enthusiasm for the rights of all other living creatures (except plants) outdistanced his common sense. [Some Vegans seem to venerate Watson as a god (something that would probably have amused the deceased agnostic) so I expect to get some vicious e-mail from these gentle people.]  Watson hadn’t bothered to understand the way bees are actually cared for by millions of backyard beekeepers. 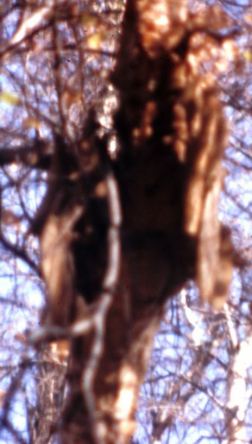 Unlike plants, bees can defend themselves against wanton abuse. Most hobby beekeepers would never kill a single bee. Bees are absolutely free to range over kilometres of wildflowers. Bees return each night to their hives, which are boxes that keep bees safe, dry, and warm. If they didn’t want to return, they wouldn’t. But time after time, they come back to the beekeepers’ boxes. Beekeepers have experimentally placed empty beekeepers’ boxes alongside trees – bees select the boxes as their preferred homes. But bees can leave whenever they want.

The fuzzy photo to the left shows wild combs, hanging in a birch tree. This was built by bees which died of exposure. I took the picture in Pennsylvania, years ago. I wish I had found them in time to put them into a safe dry warm bee box where they would have survived and flourished. On their own, subject to cold and rain, they died.

Bees produce thousands of grams of honey during a season but beekeepers remove just a fraction of it in exchange for giving the bees a safe home. Beekeepers don’t ‘take all the bees’ honey’ as I’ve read on various vegan sites because if they did, the bees would die. Dead bees are not the beekeeper’s objective. (Though dead trees are certainly a woodworker’s.)

Some vegan websites lament that beekeepers feed sugar and corn syrup to bees, which the vegans correctly tell us are not as healthy as honey. Those complainants should learn something about ecology. There are seasons when honey bees can’t find food on their own. Even in sunny Florida, where I worked alongside bees for about ten years, dearths happen in mid-summer when citrus trees, gallberry, palmetto, and pepperbush aren’t in bloom. Without a friendly beekeeper feeding the bees, the bees die. Now I live in Canada. Here, after seven months of cold and ice each year, hives often run short of food in April.  Without flowers, bees die. So beekeepers feed them. Without beekeepers, there would be no honey bees in western Canada. 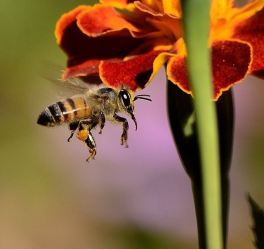 Vegans tell us that honey is healthier than sugar or corn syrup for bees; yet they also claim that honey is not healthy for people. Let’s remind them that honey is actually a healthy food. Bees collect nectar from flowers. The nectar is sucrose plus some fructose and glucose. Bees continue the job that flowers started, using enzymes to convert nearly all the disaccharides (sucrose) into simpler monosaccharides – fructose and glucose. These simpler sugars are much better for the diets of bees and humans (and bears, raccoons, badgers, and other mammals). Honey is healthier. Perhaps it’s the healthiest sugar people can eat. It’s certainly the least environmentally intrusive.

If honey is healthy, why do vegans say it’s not? Well, making such an unfounded claim (they hope) may reduce honey consumption, which (they think) will liberate enslaved honey bees from the hives of beekeepers. As we’ve already seen, honey bees are free to leave the beekeepers. They are already liberated. But without beekeepers, billions of honey bees would die – which, I guess, is a fate more acceptable to some vegans. So, vegan claims against honey as food are self-serving and unfounded.

And yet, many (all?) vegan websites advise against eating honey. “Even if honey were the healthiest food on the planet, there is still no reason for a vegan to consume it,” says this voice of veganism site. Alternatives are suggested. In those alternatives we find the real Achilles’ heel of veganism. 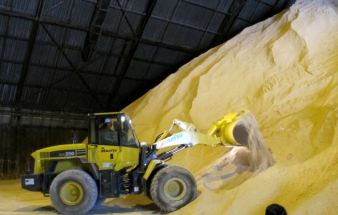 A vegan wants you to eat plants, of course. But, unless vegans are incredibly naive, and have no clue at all about farming (even ‘organic’ farming), vegans miss the point that trillions of insects – from worms to beetles – die in the production of the rice and barley syrup, and the beet and cane sugar which they think you should eat. Farmers must rip through the soil and control insects that would eat their crops. They dislodge mice and lizards to make way for the cane and beets that will end up as molasses. The pursuit of coconut sugar has led to deforestation and death for millions of animals. I know that some hope/think/pretend that they are buying ethically-produced food, but too often they are simply buying secular indulgences to assuage their conscience – they are still getting food that required the death of insects, and sometimes mammals. And these substitutes are produced on the other side of the globe while honey can be purchased locally, greatly reducing the environmental footprint.  Only honey can be produced without harming or killing animals. Yet vegans refuse to concede this because it would go against their tribal allegiance to the philosophical proclamations of Donald Watson – regardless of how wrong he may have been on some points.

I was a vegetarian for over a year and it was a healthy, energized year. I was not a vegan. As a vegetarian, I ate honey. I used a little cheese and milk in some veggie dishes. Today, I eat fish. In a social setting, I might eat other meat, but sparingly. I think it’s smart for the environment and healthy for the body to eat a wide variety of foods, but only a little or no meat. It’s certainly healthier for the livestock.  However, zealous vegans drive away potential vegetarians. Vegan hypocrisy is a turn-off and has probably resulted in a bigger backlash against animal rights and against reasonable vegetarianism than it has resulted in new memberships in the vegan fan club. For that, I hold the woodcutter Don Watson and some of his followers responsible.

Nor will I give a free pass to all beekeepers everywhere. It’s true that some beekeepers – hobbyists and commercial – aren’t as careful with bees as they need to be. That’s what the vegans tell us when they raise their concerns. But most are not reckless and I’ve never met any beekeeper who disliked bees; they want the best for bee welfare – and I have met hundreds more beekeepers than any vegan ever has. Honey bees are thriving because beekeepers are keeping them alive and healthy. That’s what beekeepers want. Further, beekeepers don’t eat their bees, nor do they make furniture out of them. And that’s more than can be said about Don Watson and his relationship with trees.

Ron Miksha is a bee ecologist working at the University of Calgary. He is also a geophysicist and does a bit of science writing and blogging. Ron has worked as a radio broadcaster, a beekeeper, and Earth scientist. (Ask him about seismic waves.) He's based in Calgary, Alberta, Canada.
View all posts by Ron Miksha →
This entry was posted in Culture, or lack thereof, Ecology, History, Honey, Strange, Odd Stuff and tagged Donald Watson, health, honey and environment, sugar, vegans. Bookmark the permalink.

102 Responses to Why Vegans are Wrong