Drawing the Bee – Here’s an Idea for You!

Today, I’m repeating a post I made a few months ago. It’s about the importance of sketching and drawing stuff develops our observation skills. The reason I’m repeat this piece now is because tomorrow (October 26, 2016), the University of Newcastle is offering a MOOC on drawing from nature.

This is relevant to beekeepers because well-developed observation skills are essential to caring for bees. If you can’t notice that something is wrong, you can’t fix it. Drawing, as you’ll see in the article below, can help a person become a proficient observer. As sketching expertise grows, so does talent as a beekeeper.

A MOOC (Massive Open On-line Course) is a university course which includes lectures (videos), exercises, and interaction with other students and sometimes even the MOOC’s profs. Such programs usually don’t require prerequisites and tend to be free, though for a fee (in this case $49), you might get a certificate of completion or recieve some other privileges offered during the six-week session. 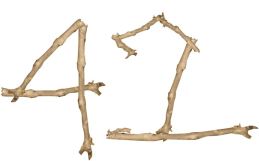 Drawing Nature, Science and Culture: Natural History Illustration, from Australia’s University of Newcastle, is offered through EdX, an established purveyor of MOOCs. The course descriptions claims that we will  “Learn how to see and draw nature like an illustrator. Build observational and visual interpretation skills in an interactive and enjoyable way.” I have signed up for the free version. I am most definitely NOT an artist – my skills are abysmal, as you will learn if you have time to read the piece below. I can’t sketch a bee; I can barely draw a stick figure. Hopefully that will soon change!

Not long ago, Scientific American had a piece about drawing. The story, written by a biology professor, encourages us to look at nature and draw it. The case is made that drawing helps you understand what you are observing. But what if you can’t draw? What if every bee’s wing ends up looking like a bee’s belly button?

I appreciate that “anyone” can draw. But, unfortunately, I’m not just “anyone.” I have tried; I have failed. I can’t draw. Here’s my picture of an elephant, eaten by a boa.* People have told me that it looks like a poorly drawn hat. What do you think?

But the point to scientific drawing for the student is not a pretty picture to post on the mini-fridge in the dorm room. The purpose is to learn by engaging in the process. Anyone who spends 30 minutes attempting to draw a dead bee (for example) will come to know dead bees much more thoroughly than they had a half hour earlier.

Pencil on paper focuses the mind, according to Professor Jennifer Landin. She tells us that drawing used to be a standard of biology classes. But our modern focus is on products, not processes. In her article, she blames the end of classroom science drawing on the start of the Efficiency Movement Era. This is a philosophy that waste and repetition can be systematically eliminated through best practices that streamline production. That’s mostly a good idea. Beginning around 1890 and flourishing until the 1930s, the movement reformed factory and farm production, making growth and prosperity available to everyone. (The Efficiency Movement was popular until the Great Depression began, then some wag pointed out that it hadn’t delivered on all its promises.) 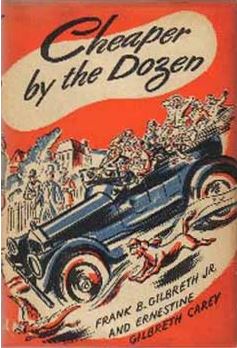 There is no disputing that improved efficiency delivers products with less cost and less waste. We want efficient energy use. We want to process honey with fewer movements. I’ve seen beekeepers stack honey several metres away from their extractor and then pace back and forth, walking one box at a time to the uncapping point. This isn’t just about money – it is also about wearing out the floor. And the worker. In the 1920s, the people who really promoted the efficiency movement (Frederick Taylor and the Gilberts) were quite concerned about reducing repetitive injuries and accidents in factories. Doing more with less effort, they assured us, was a healthy thing. (By the way, the efficiency expert husband and wife Gilberts may sound familiar to you – they are the ones who had the idea that big families are more efficient and even cheaper by the dozen.)

But other people pointed out that measuring efficiency of motions and footsteps does not take into account social aspects of the work environment. (For example, each time the beekeeper walked across the shop to get a box, he smiled at his toddler in the playpen.) There were other overlooked social considerations. The idea of efficiency quickly spread to places it does not need to be. One of these, as the author of the Scientific American article points out, is the classroom. Here’s Dr Landin:

In the 1920s and 1930s, as drawing was eradicated from public school programs, people cheered. No more long, drawn-out (sorry for the pun) lessons on form, accuracy and detail. The product could be prepared in advance, and students would not waste class time practicing outdated drawing techniques.

The camera generated perfectly accurate forms. New-fangled mimeograph machines allowed teachers to sketch an image and copy it for all their students to label. What time-savers!

So, sketching, drawing, and illustrating the natural world should be brought back to school. Such effort can train observers to see anatomical structures and to infer their importance and use. What if one is hopeless at drawing? “Observation skills are crucial. The abilities to see without bias and to focus on detail and pattern require training, not talent,” writes Landin. So, it could be that I was not inept – I was just not adequately trained. (Though I strongly suspect that I’m both inept and untrained.)

Here’s an assignment for you. Whatever your age. Get a scrap of paper and a scrappy pencil and take a stab at rendering a dead bee. Or an oak leaf. Don’t worry about the messy results – you can shred your artwork later. You should shred your work later because the product is not the prize – it’s the process. 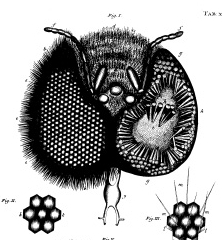 Professor Jennifer Landin might not care that my drawing* of a swallowed elephant looks like a lop-sided hat. But she would care that I submitted a finished product (found on the internet, of course) and skipped the process entirely. By the way, I really wanted to do an original drawing of a boa digesting an elephant, but the Calgary Zoo no longer has elephants. They were all swallowed by boas, I suppose.

*(OK, the drawing of the elephant inside a snake is not mine. It’s actually from The Little Prince by Antoine de Saint-Exupéry)

Ron Miksha is a bee ecologist working at the University of Calgary. He is also a geophysicist and does a bit of science writing and blogging. Ron has worked as a radio broadcaster, a beekeeper, and Earth scientist. (Ask him about seismic waves.) He's based in Calgary, Alberta, Canada. Ron has written two books, dozens of magazine and journal articles, and complements his first book, Bad Beekeeping, with the blog at badbeekeepingblog.com. Ron wrote his most recent book, The Mountain Mystery, for everyone who has looked at a mountain and wondered what miracles of nature set it upon the landscape. For more about Ron, including some cool pictures taken when he was a teenager, please check Ron's site: miksha.com.
View all posts by Ron Miksha →
This entry was posted in Culture, or lack thereof, Science and tagged efficiency, honey bees, Jennifer Landin, MOOC, scientific drawing, The Little Prince. Bookmark the permalink.

2 Responses to Drawing the Bee – Here’s an Idea for You!