I can’t believe that I missed reminding you yesterday that it was Charles Turner’s birthday. Here’s the story of the man who figured out that honey bees can think.

You probably know that Karl von Frisch figured out how honey bees use their waggle-dance to communicate. He won the Nobel Prize for that and for other studies of bee behaviour. I think it was well-deserved and his experiments withstood criticism and independent confirmation. (Although there are still a few distinguished scientists who contest the theory.) His discovery was intuitive and required hundreds of replicated experiments conducted over years of work in personally risky circumstances in Nazi Germany. (Von Frisch had some Jewish heritage.) But there is another scientist who came close to figuring out many of the things which von Frisch discovered. The other scientist did his experiments in America, decades earlier. But he’s mostly unknown, largely forgotten.

Charles Turner is likely the most important biologist you’ve never heard. Charles Henry Turner (February 3, 1867 – February 14, 1923) published at least 70 papers, mostly on animal behaviour. Years before Karl von Frisch realized that bees possess colour vision and can recognize and remember patterns, Turner had published his own results on exactly the same thing. Turner published the first research showing that insects can learn and solve problems. At the time, in 1900, it was generally believed that invertebrate activity was due to reaction to chemical and physical stimuli, without the need for neural discernment. Following Turner’s discoveries, we have seen that insects of all sorts exhibit signs of personality and certainly demonstrate problem-solving skills. Turner’s experiments created a new field of science focused on cognitive ability in insects and other invertebrates.

Turner’s father, from Canada, was a church custodian. A church custodian who was known as a master of debate and who – in the 1870s – owned several hundred books. Charles Turner’s mother, who was from Kentucky, was a nurse. Our budding scientist was born in Cincinnati where he attended public schools and graduated as class valedictorian. Charles Turner studied biology at the University of Cincinnati, graduating in 1891 – the same year he published his first paper (“Morphology of the Avian Brain”) in the Journal of Comparative Neurology. He followed that with another avian neurology paper, this time published in the prestigious magazine Science. He earned his MSc just a year later. His research moved from dissections and interpretations of bird nervous systems to spiders, river shrimp, and insects. Turner was also the first to demonstrate Pavlovian conditioning in an insect. In 1907, Turner became one of the first African-Americans to receive a graduate degree from the University of Chicago. His doctorate, “The Homing of Ants: An Experimental Study of Ant Behavior,” was emblematic of his work in the learning and thinking patterns of invertebrates.

One of Turner’s biggest discoveries involved honey bees, which he trained to recognize shapes and patterns and which – he discovered – could remember the colours of hidden trays of sugar syrup, returning to the correct colours even when tray positions were scrambled.

“Turner begins the paper with a scholarly review of the literature in which the various theories of why bees should see colors are enumerated, followed by a discussion of the limitations of the existing data.

“To investigate the problem, he studied honey bees in O’Fallon Park in St. Louis. He designed various colored disks, colored boxes,and “cornucopias” into which the bees were trained to fly. Thirty-two experiments were designed, and controls for the influence of odor and brightness were instituted. The results of his experiments showed that bees see colors and discriminate among them. It is interesting that in considering the results of his experiments, he believed that bees may be creating, in his words, “memory pictures” of the environment. The idea of memory pictures is certainly contemporary.

“The second paper of the series on honey bee learning was stimulated by the color vision paper. The methods used were identical to those in the color vision paper with the exception that various patterns were used, as were colors. The use of patterns and colors on the same target is the first use, in my opinion, of the compound-conditioning methods popular in contemporary studies of animal discrimination learning. The study contains 19 experiments and the results show that honey bees can readily distinguish patterns.” 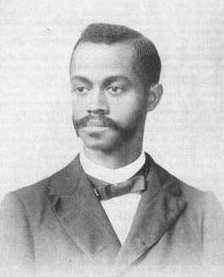 Although he earned his PhD as a magna cum laude graduate at the University of Chicago, Turner didn’t find the sort of work that such a brilliant scientist would be expected to receive. He ended up with no laboratory to direct, no grad students to mentor, and no position at any research university. He applied to various universities, but was routinely rejected due to his race. Consequently, Turner spent most of his career as a high school science teacher at the Negro Sumner High School, conducting his experiments at a city park, paying for his spare-time research out of his own pocket.

Charles Turner “became a teacher in a small colored Methodist school in South Atlanta which had at the time about a dozen college students, no laboratories and few books. He received inadequate pay and a heavy teaching load . . . but the only appointment carrying a living wage that he was able to get was in the Negro Sumner High School in St. Louis. There he stayed until he died of overwork. He was a promising scientist; with even fair opportunity he ought to have accomplished much; but his color hindered him.”

Charles Henry Turner died young from a heart attack, passing away in 1923 at the age of 55. For a comprehensive biography and an analysis of the science behind Turner’s work, I invite you to read “A Study of Inspiration” by Charles I. Abramson.

Most of the material in today’s blog comes from various papers by Abramson, who has researched Turner’s life for years. You can download Dr Abramson’s biography about Dr Turner, see a brief review in Nature, or read more about Turner (and see some family photos) at Abramson’s Charles Henry Turner website. It would be a nice tribute to Charles Henry Turner if you could read more of his story on this belated anniversary of Dr Turner’s birth.

Ron Miksha is a bee ecologist working at the University of Calgary. He is also a geophysicist and does a bit of science writing and blogging. Ron has worked as a radio broadcaster, a beekeeper, and Earth scientist. (Ask him about seismic waves.) He's based in Calgary, Alberta, Canada. Ron has written two books, dozens of magazine and journal articles, and complements his first book, Bad Beekeeping, with the blog at badbeekeepingblog.com. Ron wrote his most recent book, The Mountain Mystery, for everyone who has looked at a mountain and wondered what miracles of nature set it upon the landscape. For more about Ron, including some cool pictures taken when he was a teenager, please check Ron's site: miksha.com.
View all posts by Ron Miksha →
This entry was posted in Bee Biology, Books, Culture, or lack thereof, History, People, Science and tagged bee brains, Charles Henry Turner. Bookmark the permalink.