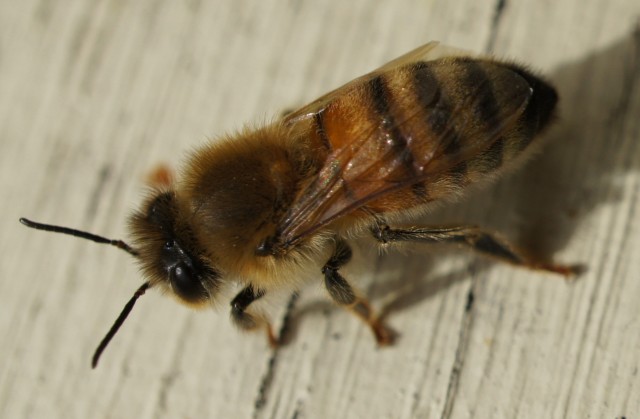 My home city of Calgary celebrated May Day (International Workers’ Day) by welcoming 1,176,334 foreign workers into our community last night, doubling our population. 196 packages of worker bees had arrived. A swarm of Calgary beekeepers greeted the immigrants. (The arriving bees were carrying New Zealand passports.)  Most beekeepers picked up just one or two cages of bees. For many, it was their first Apian experience. Dozens of newbies drove home with the seed of their first honey crop. The bees (and their attached beekeepers) will do an amazing amount of good for our community. 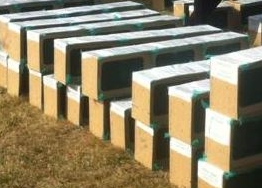 In our area, package bees grow into strong colonies in two months. By July, they blossom from their original colony of 6,000 bees to over 40,000. They will pollinate billions (yes, billions!) of flowers. The 196 packages should collectively provide ten tonnes of fresh honey this summer for the new beekeepers. They will also make enough honey to survive the winter of 2017-2018. 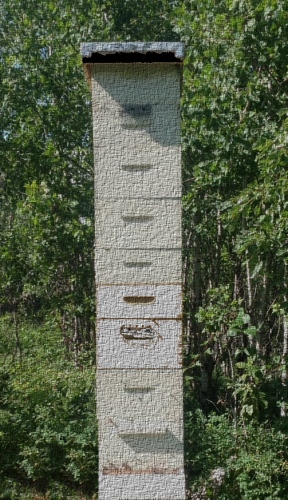 The future for a package?

A side-benefit of having all these new bees is that they come with a big group of new beekeepers who generally share laudable goals for our city’s health. Beekeepers encourage maintaining wild spaces and they usually favour reducing the use of herbicides and insecticides. This, in turn, assures that hundreds of millions of other bees – native bees like bumblebees, for example – will also flourish in our town.

Thomas, the Calgary bee club president, coordinated the big bee distribution. Then he arrived at my house with two of the 196 packages. In my old van, I drove all 12,000 of us to a friend’s place just outside town where Thomas and I helped some new beekeepers establish those packages. It was a chilly evening but things went smoothly. The bees were calm and appreciated their release into their new home of drawn combs with honey and pollen. I think they will do well. It’s a marvel that the two small clusters of bees and their queens will grow from no brood to ten or more frames and may make a hundred pounds of honey.

I hope that the other beekeepers who collected bees from the delivery truck last night had as much success and pleasure establishing their new responsibilities as we did.  Bee season has begun.

Ron Miksha is a bee ecologist working at the University of Calgary. He is also a geophysicist and does a bit of science writing and blogging. Ron has worked as a radio broadcaster, a beekeeper, and Earth scientist. (Ask him about seismic waves.) He's based in Calgary, Alberta, Canada. Ron has written two books, dozens of magazine and journal articles, and complements his first book, Bad Beekeeping, with the blog at badbeekeepingblog.com. Ron wrote his most recent book, The Mountain Mystery, for everyone who has looked at a mountain and wondered what miracles of nature set it upon the landscape. For more about Ron, including some cool pictures taken when he was a teenager, please check Ron's site: miksha.com.
View all posts by Ron Miksha →
This entry was posted in Beekeeping, Ecology, Friends and tagged May Day, package bees, worker bees. Bookmark the permalink.