My Failure as a Beekeeper: Part V 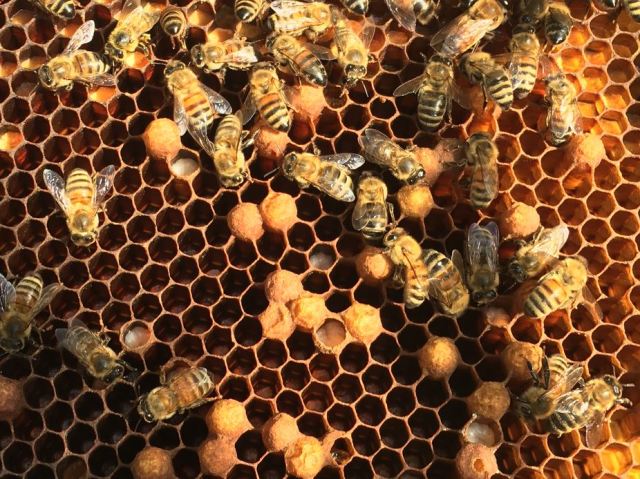 Our nuc, after losing its queen. Anarchy ensues as laying workers take over.

When a colony has lost its queen and not replaced her, the hive is almost certain to die a slow and sorrowful death. The great plans we had for this small nuc – a source of a pound or two of honey, a reliable pollinator for next spring’s crab apples and raspberries, a teaching tool for my kids – died with the queen. 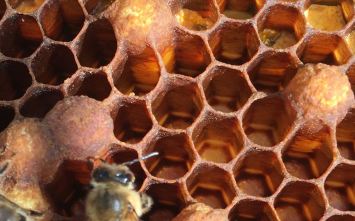 A few days after returning from summer in Hungary, we opened the hive, and saw a bit of new brood. But rather than the nice neat rows of uniform workers-in-progress, we saw the random and ugly brood of poorly-forming drones growing inside cramped worker cells. Beekeepers sometimes call this ‘bullet brood’ as the cells are sealed extra high, shaped like bullets, in order to accommodate the large body sizes of drones pupating in skinny worker brood cells. Our hive had laying workers. 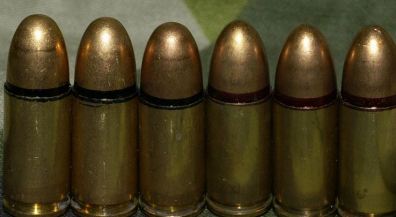 Not the brood we wanted.

Remember that workers are females, but they have ‘under-developed’ ovaries and few tubes, as the text books explain it. Workers can’t mate, so they lay unfertile eggs. Unfertilized eggs become drones. Hence, laying workers, having seized control of the palace, become the Snowballs and Napoleons of the Bee Farm – cunningly leading their minions to disaster.  You’d think they’d do a better job, considering their humble origins.  But once they take over, laying workers ruthlessly cling to power. Some beekeepers find it so difficult to deal with a laying-worker hive that they shake the bees into the grass some distance from the colony and insert the frames (without bees) into a better hive. Many beekeepers believe it’s futile to try to requeen a laying worker hive because the new replacement queen is often killed.

I have pondered the odd system in which a queenless hive allows workers to lay eggs, none of which has any chance of becoming a new queen. [The South African cape honey bee (Apis mellifera capensis) actually produces queens via worker-laid eggs, but that’s the stuff of magic and requires a longer blog post than this one.]  Our western (European) honey bee workers may lay eggs, but they always become drones. What’s the point to that? The hive is going to die, so why all those drones?

If you think of drones as mobile DNA tanks which can easily move to a new hive and possibly mate and carry forward the dying hive’s genetic stock, then it does make sense. From an evolutionary biology perspective, a creature’s mission is to preserve and spread its genes. The laying-worker’s drones are samples of the colony’s DNA. It’s one last chance to send genetic missives out into the world, carrying the unique code of the colony before it’s gone forever. This also explains why laying workers often destroy a queen introduced by a beekeeper. The new queen represents foreign DNA. If introduced before laying workers take charge, such a requeening may be tolerated. But afterwards, there is the obvious conflict regarding dispensation of life codes.

Because I discovered the laying workers in mid-August, after the season’s honey flow had ended, I knew that we’d be starting with other bees next spring. This colony was as good as dead. It was a zombie hive, perhaps still living and gasping, but in reality, very nearly dead. A hive with no future, except for those drones which would fulfill the hive’s final mission.

I knew what needed to be done. The nuc would have to go back to my daughter’s farm where it came from, the bees released and allowed to drift into strong hives in the apiary. The combs would be reused in other hives. The drones? Well, they’d carry the message forward. The idea that drones would be propagating the DNA of the gentle hive gave me some solace, but one more tragedy awaited my little hive.  I’ll write about that tomorrow.

Ron Miksha is a bee ecologist working at the University of Calgary. He is also a geophysicist and does a bit of science writing and blogging. Ron has worked as a radio broadcaster, a beekeeper, and Earth scientist. (Ask him about seismic waves.) He's based in Calgary, Alberta, Canada. Ron has written two books, dozens of magazine and journal articles, and complements his first book, Bad Beekeeping, with the blog at badbeekeepingblog.com. Ron wrote his most recent book, The Mountain Mystery, for everyone who has looked at a mountain and wondered what miracles of nature set it upon the landscape. For more about Ron, including some cool pictures taken when he was a teenager, please check Ron's site: miksha.com.
View all posts by Ron Miksha →
This entry was posted in Beekeeping and tagged Alberta, Calgary, drones, family, nuc, weak hives. Bookmark the permalink.

5 Responses to My Failure as a Beekeeper: Part V