How tough are we? 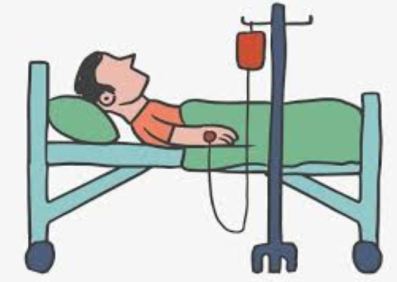 I missed about a month of blogging (did anyone notice?) from mid-April through mid-May. My hiatus, caused by  emergency surgery, saw me kicking back at the local hospital. I’m not one for cooling my heals under the care of a physician, but if I had taken better care of myself, I might not have spent the past few weeks in pain and recovery. I’ve had health issues before and generally found that gritting teeth and ignoring pain until it’s over is a good plan. But not always.

So, today this short blog is more of an appeal to my beekeeping friends – especially the commercial ones – to take care of yourselves. The world needs you (or at least the food that your bees pollinate).  Like me, you might be past middle-age, with bruises, cuts, twisted joints, and worn muscles taking longer to heal. Work is as urgent and demanding as it was when I had a twenty-year-old’s body.  As I look back over the years, working long days and late nights – extracting, trucking bees, making splits – was rough, but necessary. It still seems to be, but resilience is in low supply these days.

I’ve been told, many times, to slow down. I won’t listen, even though I’ve needed a wheelchair to get around for a long time. (I added a motor so that I can zip at high speed.) But the hospital stay was a bit of a wake-me-up. I’m recovering fine. A kidney stone as big as a bus was pulled out of my kidney just before it shut the organ down. Sometimes excruciating pain has a role to play. In this case, I should have gone to the hospital days before I did.  Here’s my second appeal to busy commercial beekeepers – it’s not always safe to be tough and keep on working. I’ve had kidney stones twice before and just waited out the pain. This most recent attack showed me that being tough might make things worse.

The best thing at the hospital was the pair of Canada geese honking at me just outside my window. The second-best thing was the admirable skill with which the anesthesiologist knocked me out before my surgery.  I didn’t get a picture of the doctor, but here are the geese.

Ron Miksha is a bee ecologist working at the University of Calgary. He is also a geophysicist and does a bit of science writing and blogging. Ron has worked as a radio broadcaster, a beekeeper, and Earth scientist. (Ask him about seismic waves.) He's based in Calgary, Alberta, Canada. Ron has written two books, dozens of magazine and journal articles, and complements his first book, Bad Beekeeping, with the blog at badbeekeepingblog.com. Ron wrote his most recent book, The Mountain Mystery, for everyone who has looked at a mountain and wondered what miracles of nature set it upon the landscape. For more about Ron, including some cool pictures taken when he was a teenager, please check Ron's site: miksha.com.
View all posts by Ron Miksha →
This entry was posted in Uncategorized. Bookmark the permalink.

9 Responses to How tough are we?