Keeping ahead of the sheep 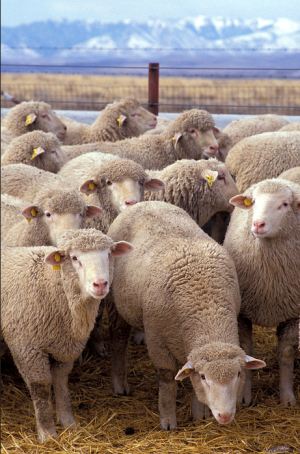 Democracies often work better than dictatorships. Democracy is based on crowd decisions, or, in the trendy new parlance, crowd sourcing. Crowd sourcing really came of age with the internet – put your question, issue, project, or some politician’s dirty laundry on the internet and wait for the responses. (If you are wondering about this site, I set it up without instant crowd feedback, but you can write to me any time at miksha@shaw.ca.) We like to think The Wisdom of Crowds, as one book calls it, is a new development. But our indefatigable honey bees have been group-thinking for millions of years.

Who, among the colony, decides where a swarm will settle? Four hundred years ago, the answer was “That big bee over there, see him? The King. He decides.” (It was the great Greek philosopher Aristotle who first declared the hive was ruled by a king bee. His mistake lasted 2,000 years. By the way, Aristotle noticed that the queen, i.e., his king, has a stinger which, in his logic, meant it was a male.) An English pastor, Charles Butler, realized the king is the queen and wrote about it in 1609 in the Feminine Monarchie, the first English language beekeeping guide, a book that went into five editions and dozens of printings. He imagined she is an Amazonian, a strong and fearless female similar to Queen Elizabeth, his patron a few years before Feminine Monarchie was written. So, is it the queen who makes important decisions in the hive?

Wrong again. The queen is not a leader, she is just a hapless overgrown egg factory, and one of the most helpless of the bees in the colony. The real leader is a worker bee named Betty Sue. She calls all the shots. She decides when to swarm and where to settle, among many other things. Lucky for the bees, there is more than one Betty Sue in each hive. Tom Seeley, in his excellent Honeybee Democracy, explains that beehive group-think results in better choices than any single individual Betty Sue might make on her own. According to Seeley, about 3% of a colony’s members are actually involved in the scouting and decision making, but that means over 1,000 bees are in that clique. This creates a lot of varied perspectives, observers, and decision-makers. Once that sub-group resolves a choice, those Betty Sue clones will buzz, shake, and rattle their compatriots into also agreeing and then venturing off to the new nest site. Apparently, witnessed by their survival since the Cretaceous, honey bees have used this as their successful ploy for a very long time.

Contrast this with what Henry David Thoreau essayed about humans in 1838: “The mass never comes up to the standard of its best member, but on the contrary, degrades itself to a level with its lowest.” That might be true among television viewers, but when working with large groups of people tasked with contributing to a project – and given a democratic opportunity to question and revise the work of others – the cumulative result is better than the achievement almost any single contributor could have produced. In The Wisdom of Crowds, author James Surowiecki uses an example of a jar of jelly beans and a classroom of bean counters. The class submits a secret ballot – guessing the number of beans in the jar – and the average of the group (for groups over twenty or so) is always better than the worst individual guesses made (mathematically, it should be). But more importantly, it is usually better than the best guess. Contrary to Thoreau, the mass is not degraded to the lowest member’s level.

Ron Miksha is a bee ecologist working at the University of Calgary. He is also a geophysicist and does a bit of science writing and blogging. Ron has worked as a radio broadcaster, a beekeeper, and Earth scientist. (Ask him about seismic waves.) He's based in Calgary, Alberta, Canada. Ron has written two books, dozens of magazine and journal articles, and complements his first book, Bad Beekeeping, with the blog at badbeekeepingblog.com. Ron wrote his most recent book, The Mountain Mystery, for everyone who has looked at a mountain and wondered what miracles of nature set it upon the landscape. For more about Ron, including some cool pictures taken when he was a teenager, please check Ron's site: miksha.com.
View all posts by Ron Miksha →
This entry was posted in Culture, or lack thereof, History, Swarms and tagged crowd sourcing, Henry David Thoreau, Honey Bee Democracy, Tom Seeley. Bookmark the permalink.