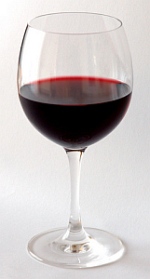 Bees enjoy a bit of red wine. That’s something you don’t think about everyday. Do insects (specifically bees) enjoy a bit of the grape juice? Researchers in Arizona aren’t telling us that honey bees like wine, but they do say bees that have been asked to kick back and have a sip of red wine from time to time will definitely live longer. About 35% longer. Let’s see, for a human that would mean forget 82, but think of 106 as the new norm – with your daily shot of resveratrol.

Not only do the bees live longer, according to the research, they also enjoy a sleeker, more slender physique – no more unsightly body fat for the bee that imbibes. Somehow, say the desert state researchers, red wine triggers a “moderation effect” that switches on while the bee is eating. Sort of like being told they have eaten enough. Ok, so you don’t think the research that says red wine curbs a bee’s appetite and extends its life is directly transferable to humans? Well, apparently the red wine has been working its magic on everything from yeast to mice – all reportedly live longer (and more raucous) lives with a few drops of the Bacchus sauce.

So, should we give our bees a bottle? One of the surest ways to make a bumper crop is to have healthier, longer-lived bees. If you could be sure the bees would live one-third longer lives, I am guessing they would make about 50% more honey since it is the older bees who do the most gathering. And since they would be skinnier, they would fly faster (less air resistance) and more of them could slip in and out the hive entrance at the same time.

Ron Miksha is a bee ecologist working at the University of Calgary. He is also a geophysicist and does a bit of science writing and blogging. Ron has worked as a radio broadcaster, a beekeeper, and Earth scientist. (Ask him about seismic waves.) He's based in Calgary, Alberta, Canada.
View all posts by Ron Miksha →
This entry was posted in Bee Biology, Humour and tagged longevity, red wine. Bookmark the permalink.