Bees are Meaner if Childhood is Miserable 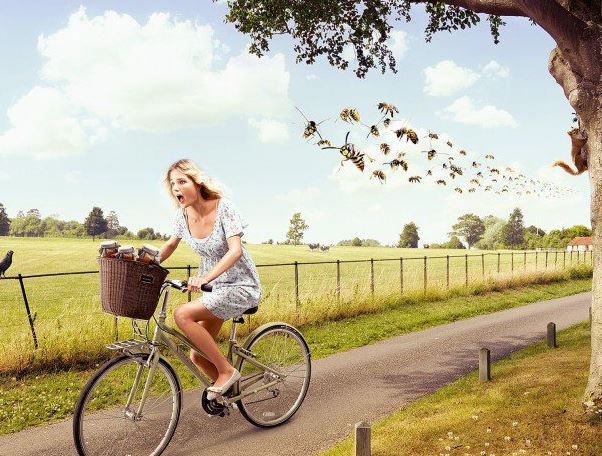 Some aggressive honey bees were raised to be mean. Some bees, it seems, grow up on the wrong side of the honeycomb. Or, as one experiment shows, in the wrong sort of hive.

Illinois and Pennsylvania researchers conducted a brilliant little experiment. They seem to have discovered that worker bees reared inside a mean-spirited hive will be more aggressive.

First, they categorized 38 colonies as aggressive, neutral, or passive. Then they took frames of worker brood eggs and placed the good-natured brood into hives of nasties. In the mean hives, the eggs hatched into larva that were fed and nurtured. Before the new adults emerged, the brood was allowed to emerge in an incubator.  In lab conditions, these newbies were tested for personality traits related to aggression. As it turns out, bees reared by meaner bees show slightly higher aggression. Coincidentally, they also showed greater resilience to immune challenges and mites. They were both meaner and tougher.

Why? Well, we know, of course, that nutrition of developing youngsters is vitally important across the animal kingdom. Better food, better health and growth. But this is a bit different. It’s a study of the temperament, or personality, of the offspring. Certainly, these may also be related to biological and biochemical conditions ultimately controlled by nutrition. But it says a lot about how this all ties into social behaviour. 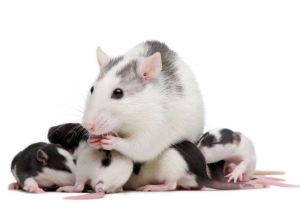 You may have heard about dozens of lab-controlled observations of mother rats grooming and licking their newborn pups. Genetically identical pups that were treated to this sort of attention during their first week grew up to be calmer adult rats. Rats with less caring moms grew into life-long anxious neurotics. The difference is an epigenetic (not genetic) manipulation in the newborns’ DNA. Certain genes are switched on or off, depending upon environmental conditions. These have life-long effects. The bee experiments don’t necessarily imply the nurse bees’ actions were epigenetically changing the new bees’ behaviour. But something was certainly happening.

We report for the first time that a honey bee’s early-life social environment has lasting effects on individual aggression: bees that experienced high-aggression environments during pre-adult stages showed increased aggression when they reached adulthood relative to siblings that experienced low-aggression environments, even though all bees were kept in a common environment during adulthood. Unlike other animals including humans however, high-aggression honey bees were more, rather than less, resilient to immune challenge, assessed as neonicotinoid pesticide susceptibility. Moreover, aggression was negatively correlated with ectoparasitic mite [mainly varroa] presence. . . . Because honey bees and humans share aspects of their physiological response to aggressive social encounters, our findings represent a step towards identifying ways to improve individual resiliency. Pre-adult social experience may be crucial to the health of the ecologically threatened honey bee.

This elegant little experiment may open a whole new avenue of research into social insect behaviour and will likely have direct application to keeping healthier (if less happy) bees in our apiaries.  I encourage you to read the paper in its entirety.  We also thank Nature for allowing the on-line publication, rather than hiding this important paper behind an expensive firewall.

Ron Miksha is a bee ecologist working at the University of Calgary. He is also a geophysicist and does a bit of science writing and blogging. Ron has worked as a radio broadcaster, a beekeeper, and Earth scientist. (Ask him about seismic waves.) He's based in Calgary, Alberta, Canada. Ron has written two books, dozens of magazine and journal articles, and complements his first book, Bad Beekeeping, with the blog at badbeekeepingblog.com. Ron wrote his most recent book, The Mountain Mystery, for everyone who has looked at a mountain and wondered what miracles of nature set it upon the landscape. For more about Ron, including some cool pictures taken when he was a teenager, please check Ron's site: miksha.com.
View all posts by Ron Miksha →
This entry was posted in Bee Biology, Genetics, Science and tagged aggressive bees, epigenetics, experiment, nutrition. Bookmark the permalink.

1 Response to Bees are Meaner if Childhood is Miserable