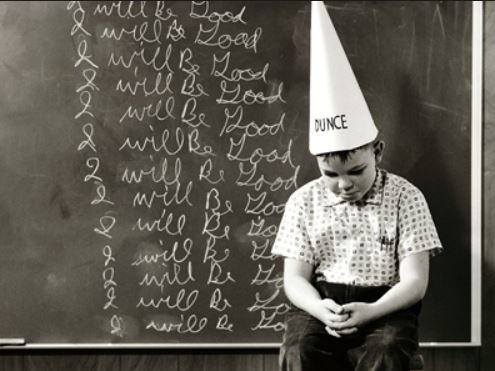 It seems that youngsters who are not particularly gifted in science and math are more likely to want a science job later in life. Kids who excel in science are less likely to want to be scientists. At least, that’s the odd result from testing and polling 540,000 15-year-olds in 70 countries.

The Programme for International Student Assessment (PISA) is an evaluation of the competency of a half million 15-year-old students, randomly chosen from the world’s 35 OECD (Organisation for Economic Co-operation and Development) countries and over 30 non-OECD countries (places like Croatia, Uruguay, China, Singapore, Russia). Here’s a link to PISA. You can get the raw data there and inspect their methods and summary reports.

Every three years, the newest crop of 15-year-olds take the PISA Reading, Science, and Math exams. The OECD does this so various education techniques can be compared with the kids’ results. For example, what leads to higher scores: More homework? More money dumped into the education system? A smaller teacher/student ratio? (No, Sometimes, Yes.)  If you are interested in this sort of thing, the reports and the PISA data are publicly available.

PISA is also a ranking system enjoyed by gloaters in select countries.  In reading, Canada tied with Hong Kong for second place in the world. (Singapore was number 1, USA #24, Russia #26). Singapore was number one in math, science, and reading. Canada was in the top ten in everything. Other high-scoring countries are Finland, Japan, Estonia, and China.  The analysis indicates that a lot of factors make the difference. National wealth, priorities (sports/fitness, nutrition, health care), and culture interact to define the success of students. The Economist has a nice analysis of the results.

While I was reading the tables of numbers, I happened upon some curious data. In the most recent assessment (2015), PISA asked participants: “Do  you think that you will pursue a career in science?” From the answers, the OECD guesstimates how many future scientists may be entering university. On average, the number was encouraging – 26% of 15-year-olds worldwide think that their future career (as physicians, engineers, science-teachers, chemists, computer scientists, researchers, etc.) will involve science. But here’s the odd thing: youngsters who did poorly on the science exams were actually more likely to think that they will become scientists.

The most blatant example of the gap between career aspirations and expertise is found in the country of Dominican Republic. Students there did more poorly than any of the other tested countries. The average science score places 15-year-old D.R. students 7 academic years behind 15-year-olds in Singapore.  In D.R., performance is at a Grade 5 level while in Singapore, the scores indicate a Grade 12 achievement. By the way, American students performed roughly 3 years behind the Singapore kids but just one year behind the world average.

So, the Dominican Republic came in last in science skill. But that country was first in science career aspiration. 45% of Dominican Republic’s 15-year-olds hope to take a career in science, according to the PISA study. That’s higher than any other country. Some other countries showed a similar dichotomy, but not as severe. I did a simple Pearson’s correlation (Science aptitude and Science career aspiration). For the 70 countries, there is a negative 0.49 correlation, which is reasonably strong. The Dominican Republic is a bit of an outlier, so I masked it and the correlation went down just a little, to  -0.45. My plot, below, is a bit scary – it is unfortunately obvious that decreasing skill is accompanied by increasing confidence.

The USA is below the world average in science (and math and reading) but with 38% expecting a career in science, many of its children are nevertheless thinking that they’ll have a science career.

I realize that there can be a lot of reasons for boys and girls to claim that they will pursue science – motivators could be cultural and financial. However, I wonder if hubris also plays a role. Even doing poorly in science, some 15-year-olds nevertheless think that they will work as scientists. It may be a case of not knowing the unknown. I’ve fallen into this same trap myself. After flipping through an easy-to-read science book (How to Remove Your Own Appendix, or Quantum Explanations of Everyday Accidents), I’m sure I can remove my own appendix or teach nuclear physics because it just sounds so easy. I’m not an expert, but heck, I can do it.

Beekeeping, the usual theme of this blog, also offers opportunities to see over-confidence in action. The newest beekeepers often have it all figured out, until they realize much later that they knew very little. I suspect that’s the main reason foundering science students think science should be their career.

Ron Miksha is a bee ecologist working at the University of Calgary. He is also a geophysicist and does a bit of science writing and blogging. Ron has worked as a radio broadcaster, a beekeeper, and Earth scientist. (Ask him about seismic waves.) He's based in Calgary, Alberta, Canada.
View all posts by Ron Miksha →
This entry was posted in Culture, or lack thereof, Outreach, Strange, Odd Stuff and tagged education, PISA, Science. Bookmark the permalink.

3 Responses to Non-science Brains as Scientists