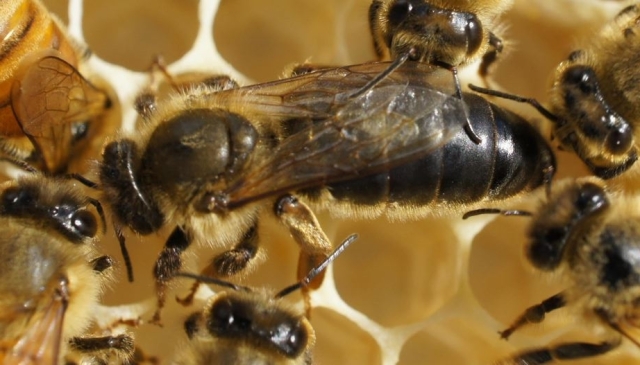 Spring is typical requeening season. Sometimes you do it yourself; other times, the bees swarm or supersede. A young queen is the result.  When a queen is failing, you’re told: Kill the old queen and replace her.  Pretty straight forward, eh?

For an experienced beekeeper, requeening is as easy as pinch and insert. But if beekeeping is new to you, it might take a while to get comfortable. Over the next few blog posts, I’ll write a little of what I know about requeening. Tomorrow, we’ll start with recognizing the signs that your hive is in trouble.  After identifying queen issues, we’ll describe finding and murdering the old queen, then I’ll post about introducing a new queen. Finally, we’ll see what you should do during the reboot stage. 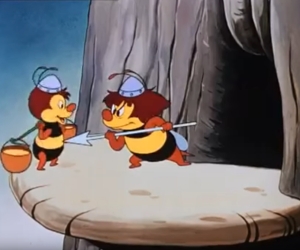 Today, before we dig into the business of requeening, let’s consider the natural state of affairs. Queens may sometimes (rarely) live four or five years. In a hollow tree, with just a small cavity, broodnests might be small so the queen doesn’t lay 2,500 eggs a day non-stop for four months. Egg-laying isn’t so intense. With less stress and activity, the queen can live longer.

In the past, beekeepers used smallish hives permanently perched near a garden. Today, we assure plenty of open brood space, encouraging the queen to lay. Some haul hives from flow to flow and latitude to latitude, keeping queens active and exhausting energy. Today’s environment exposes bees to synthetic chemicals. Intercontinental migration and mites spread viruses. It’s a different world for bees. Queens are living shorter lives.

In the wild, a colony swarms almost every year. That’s the way their superorganism, the colony, reproduces. It’s how new queens naturally enter the cycle. The secondary natural requeening system, supersedure, occurs when bees figure out that their old queen is failing. They build queen cells. Virgin queens emerge, execute the old queen and rival virgins, then mate and begin their egg-laying career. In swarming or supersedure, queen cells grow from well-fed young larvae. Resulting queens are very good.  Occasionally in a feral hive, the queen dies suddenly (a wasp enters the nest and catches her, or a storm knocks the treehouse over and the queen is squashed). In such events, replacement queens are hastily generated and the result is usually inferior.  Queen breeders know the difference. When they raise queens for you, they mimic swarming and supersedure conditions. 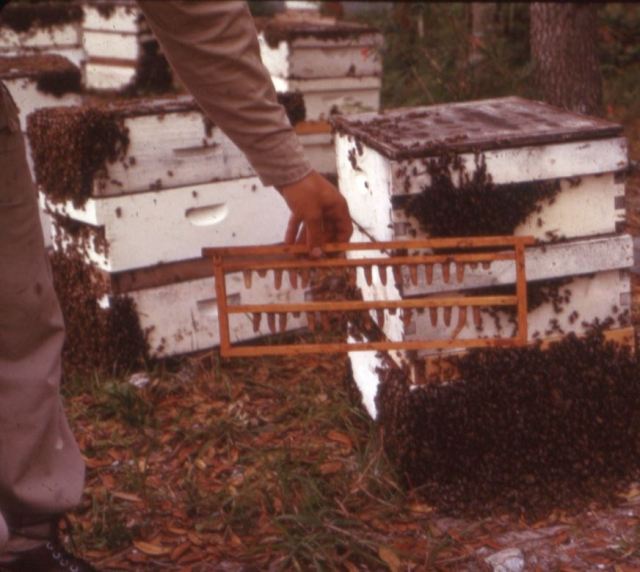 As a beekeeper, you work with hives that have a variety of queen conditions. You’ll try to prevent swarming and your queens will lay more eggs than they would if the colony were residing inside a tree. You will occasionally find a failing queen weakening your hive and you’ll need to consider a course of action. Next time, we’ll look at ways to assess the fitness of your colony’s queen.

Ron Miksha is a bee ecologist working at the University of Calgary. He is also a geophysicist and does a bit of science writing and blogging. Ron has worked as a radio broadcaster, a beekeeper, and Earth scientist. (Ask him about seismic waves.) He's based in Calgary, Alberta, Canada. Ron has written two books, dozens of magazine and journal articles, and complements his first book, Bad Beekeeping, with the blog at badbeekeepingblog.com. Ron wrote his most recent book, The Mountain Mystery, for everyone who has looked at a mountain and wondered what miracles of nature set it upon the landscape. For more about Ron, including some cool pictures taken when he was a teenager, please check Ron's site: miksha.com.
View all posts by Ron Miksha →
This entry was posted in Bee Biology, Beekeeping, Queens, Swarms and tagged Queens. Bookmark the permalink.