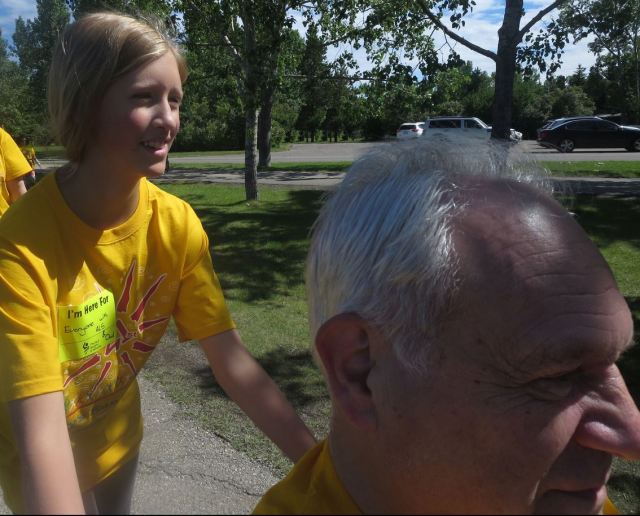 My 10-year-old daughter giving me a push. Almost done with the 5K walk/run/roll!

Almost every year, I diverge from my usual beekeeping nonsense on this blog and write a bit about our annual ALS fundraiser, Betty’s Run for ALS.

You probably know someone who had ALS, aka Lou Gehrig’s disease. Right now you are reading a blog written by someone with a non-typical form of the malady. (That’s me!) I was diagnosed 19 years ago, though for about five years before that, I realized that something wasn’t quite right with my balance and my muscle tone. Most people with ALS suffer a very quick and devastating progression. Mine has been about 20 times slower than normal. It’s non-typical and we’ve been calling it ‘motor neuron disease’. No one knows why mine isn’t following the usual path.

As a family, we have been active with the Alberta ALS Society for a long time. My wife worked directly with/for them for a few years and was on the executive fundraising committee for years. I’ve been the recipient of wheelchair ramps and other equipment when I’ve needed the help. Each year, we participate in the big annual fundraiser. This year, we were among over a thousand others who helped raise money to fight ALS. Pure Sweet Honey Farm, Inc., owned by two of my best friends, has contributed to our Calgary fundraiser for years. This year, they were our sweetest Gold Sponsors!

Whenever we have this ALS fundraising event, I invite people to sent a few dollars to our group, Betty’s Run for ALS.  Betty’s Run is named for a Calgarian who passed away from ALS 22 years ago. This event has been held in her memory every year since. Donations are used to buy equipment (vans, power wheelchairs, special beds, and so on) and to support research in finding a cure.  Great progress is being made, but the cure is still elusive. With everyone’s help, it will come.

Here are some pictures from yesterday’s Betty’s Run for ALS.

This is what the starting line looked like for people getting ready to walk the 5 kilometres. I appreciated that our city’s mayor, Naheed Nenshi,  walked with us. He’s supported this fundraiser for years. 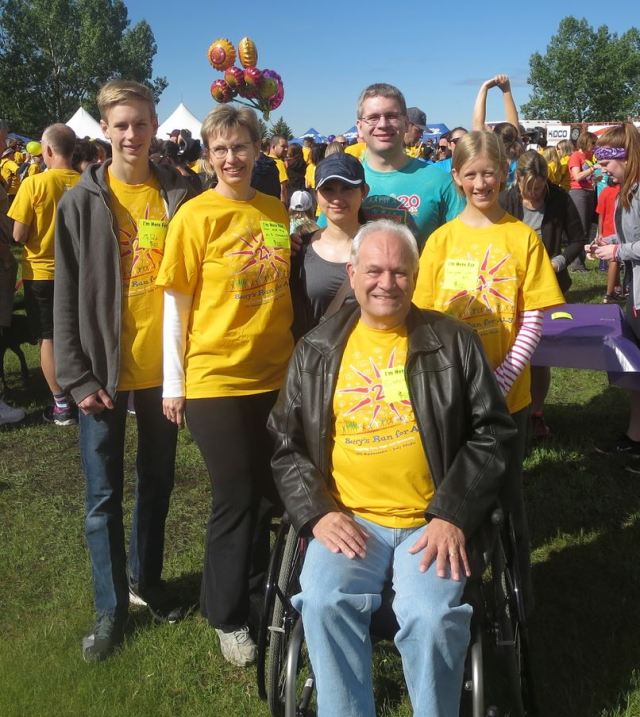 My wife and I and some of our family 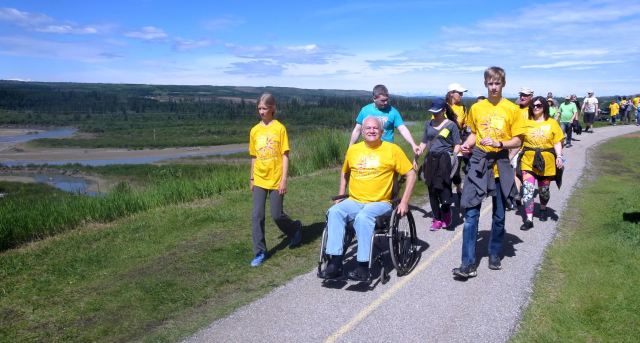 It was a beautiful, sunny day in Calgary.
Here we are near the halfway point on the 5-kilometre trail. 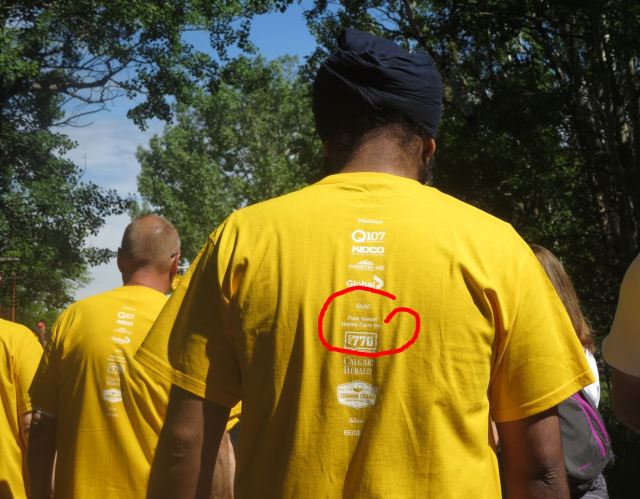 My friends at Pure Sweet Honey are sponsors of the ALS charity.
It was really cool for me to see their company listed on the 1,200 or so T-shirts! 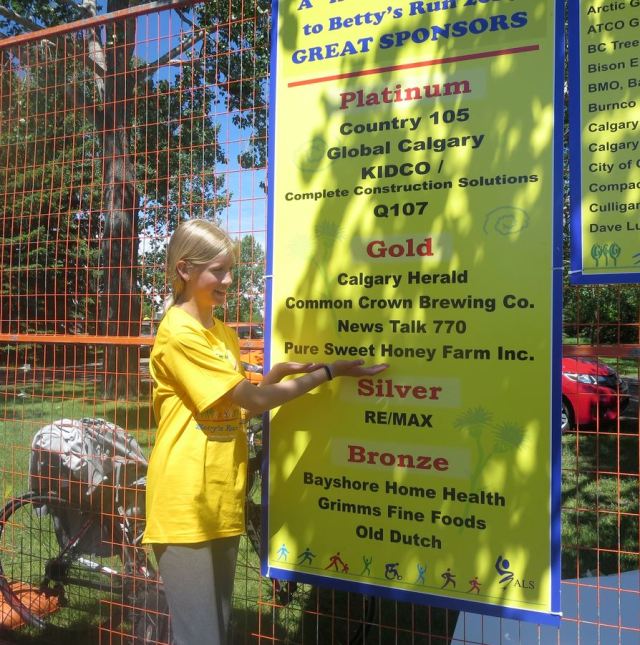 Guess who the sweetest sponsors were this year.

My tag said “I’m Here For Everyone”.  Anyone could get this disease. But I was also thinking of all the families and friends affected by the illness. Everyone.

Ron Miksha is a bee ecologist working at the University of Calgary. He is also a geophysicist and does a bit of science writing and blogging. Ron has worked as a radio broadcaster, a beekeeper, and Earth scientist. (Ask him about seismic waves.) He's based in Calgary, Alberta, Canada. Ron has written two books, dozens of magazine and journal articles, and complements his first book, Bad Beekeeping, with the blog at badbeekeepingblog.com. Ron wrote his most recent book, The Mountain Mystery, for everyone who has looked at a mountain and wondered what miracles of nature set it upon the landscape. For more about Ron, including some cool pictures taken when he was a teenager, please check Ron's site: miksha.com.
View all posts by Ron Miksha →
This entry was posted in Culture, or lack thereof, Friends and tagged ALS, Betty's Run, Calgary, Pure Sweet Honey Farm. Bookmark the permalink.

3 Responses to The Annual ALS Fundraiser