Hobby Beekeepers Get an Extra Hour 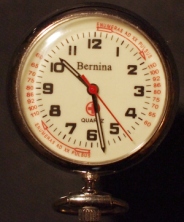 Most folks I know reset their clocks last night. This is great for hobby beekeepers who race home after work to don gaudy bee suits and ignite smoker fuel, hoping to beat the setting sun. Not so fast, Beekeepster. You can slow down and still enjoy a whole extra hour of afternoon beekeeping.

Most North Americans moved their clocks’ hands forward last night. Others in the northern hemisphere will do this a week or two later. Meanwhile, some folks in the southern hemisphere do the deed in the opposite direction. Others never change to Daylight Saving Time, so they aren’t moving any time soon. It’s a gemisch of spinning clock dials, but the world’s biggest mess is in the United States, on the Navajo Nation in the state of Arizona.  We’ll get to Arizona in a minute. But first, the whole notion of springing forward in the spring and falling back in the fall shall be examined.

Ben Franklin, America’s inventor/ambassador/kite-flyer/publisher/scientist/statesman/postmaster proposed the idea back in 1784 as a way to save money. His father was a candle maker. From an early age, Ben realized how expensive it is to light a house at night. Instead of “early to bed and early to rise” making a man wealthy, Ben figured that pushing the clocks ahead in the spring could do the same trick. Thus, he invented daylight Saving Time. While ambassador to France, Franklin told a Paris audience that their city would save 128 million candles a year if people simply moved their clocks one hour. But his idea wasn’t adopted anywhere until 1916, when Germany and Austria used clock setting as part of their war effort. The USA began saving time in 1918, but not every American state joined in.

Saving time really does save money. Roosevelt instituted War Time from February 1942 to September 1945 – non-stop Daylight Saving Time. In 1973, Richard Nixon decreed an extra-long summer savings of time during that year’s fuel crisis. That summer, people used Saving Time for an extra few months, saving millions of dollars and tanker loads of oil – 3 million barrels a month, according to the US Transportation Department. With such success, one wonders why we don’t move the clock back two hours and keep it there. But there are dissenters.

Maybe you don’t move your clocks at all? For a few years, I lived in Saskatchewan, Canada. It’s one of the few northerly places that doesn’t bother with Savings Time. It’s a cow thing – Saskatchewan cows rarely wear watches, so the cows of Saskatchewan saw the idea as so much BS. They knew when they needed milked and the farmers had no choice but to stay with natural time. But within Saskatchewan, there’s a group of untimely dissenters: The Hutterites. Years ago, I was their Honig Mensch and became good friends with some of the folks on those communal farms.

Hutterites don’t use Daylight Saving Time, but they don’t use Saskatchewan’s permanent Central Time Zone, either. They use Slow Time. When I visited Hutterite colonies, I was careful not to show up at the communal farm during daily prayers, which were at 5 pm, slow time. This Mennonite-type group set their clocks to their own unique slow time, which is an hour behind the rest of Saskatchewan. This way they coordinated prayer time with other Hutterite colonies across North America. However, Slow Time put their clocks at the same time as Quebec, in the Eastern Time, 3,000 kilometres away, which I thought was highly anachronistic.

Saskatchewan’s Central Time Zone began at the edge of each Hutterite colony. The permanent Central Time Zone of Saskatchewan, with immobile clocks that never experience ‘savings’, has its merits. Saskatchewan bees have the highest annual per colony honey production in North America (about 180 pounds per hive).  Keeping bees on a stable clock apparently kicks in the extra nectar.

Elsewhere, back in August 2015, the wizard of North Korea magically moved his country even further back in time, making news by retro-shifting clocks thirty minutes. Supreme Leader Kim Jong Un created the new Jong-Un Time Zone where Un-time not only stands still, but occasionally even runs backward. That’s not all. Water, I’m told, sometimes flows uphill in Pyongyang.

Saskatchewan’s Hutterite colonies and North Korea’s kingdom are not the only places with idiosyncratic time shifts. There are other enclaves of other-time peoples, particularly in Arizona. Get this:

This results in a complicated situation where a family’s clock is ahead of their neighbours’ clocks that are behind a surrounding community that is ahead of a state that is behind a country that moves ahead.  For the rest of you, enjoy the extra hour with some bees. (But don’t forget to give it back in November.)

Ron Miksha is a bee ecologist working at the University of Calgary. He is also a geophysicist and does a bit of science writing and blogging. Ron has worked as a radio broadcaster, a beekeeper, and Earth scientist. (Ask him about seismic waves.) He's based in Calgary, Alberta, Canada. Ron has written two books, dozens of magazine and journal articles, and complements his first book, Bad Beekeeping, with the blog at badbeekeepingblog.com. Ron wrote his most recent book, The Mountain Mystery, for everyone who has looked at a mountain and wondered what miracles of nature set it upon the landscape. For more about Ron, including some cool pictures taken when he was a teenager, please check Ron's site: miksha.com.
View all posts by Ron Miksha →
This entry was posted in Culture, or lack thereof, Friends, History, Humour, Reblogs and tagged Arizona, Ben Franklin, Hutterites, Saskatchewan, Savings Time. Bookmark the permalink.

5 Responses to Hobby Beekeepers Get an Extra Hour