The hills were alive with the sound of buzzing 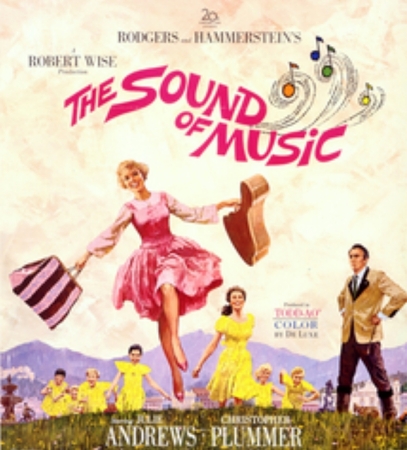 You know the story of Sister Maria, the governess for Georg von Trapp’s mess of singing angels. Today, January 26, 2021, would have been her 116th birthday. Maria Augusta von Trapp, or Baroness von Trapp, was stepmother seven of the Trapp Family Singers. She wrote The Story of the Trapp Family Singers from her Vermont farm in 1949. The book became the musical and the musical became the film The Sound of Music.

I like the sound of the Sound of Music.  After fleeing German-annexed Austria on the eve of the second world war, Maria and her family settled in the United States on a farm in Vermont. She was encouraged to take up beekeeping by her husband, Georg. Yes, the singing nun became a singing beekeeper.

Maria von Trapp wrote The Story of the Trapp Family Singers to promote the family’s music business. Her original story seems to have been mostly accurate. Embellishments were added by Hollywood.  Rodgers and Hammerstein wrote the songs we love, greatly enhancing the award-winning (Five Oscars!) 1965 movie. For most of us, the movie is our only link to the von Trapps.

I was curious about what happened to the singing family, so I researched their exile. I was surprised to learn that when they escaped the Nazis, they took a train to Italy (the movie has them walking into Switzerland). Then they toured around Europe as a singing troupe, went to America, returned to Sweden to sing, then ended up back at their estate in Austria for a few months. Sixty-year-old Georg persistently refused to serve in Hitler’s navy, so they finally left permanently (again by train). By the way, Baron von Trapp was a decorated naval officer commanding a fleet of submarines during the first world war. He sunk a dozen Allied (British and French) war ships and some cargo freighters.

How does an Austrian become a naval officer? Austria is landlocked, far from the ocean.  Georg was actually born in Croatia, not Austria. Croatia has a thousand miles of bays, coves, and seaside. Much earlier, the Austrians had taken over Croatia and treated it as their colony. Austrians built forts and navy bases along the Croatian coast.  Georg’s father was an Austrian officer, deployed in Croatia when Georg was born there. Although Georg von Trapp rightly refused to live under the German flag in Austria, he grew up in a foreign country occupied by Austria. (Why does everyone want to occupy someplace else?)

Though not born in Austria, Baron Georg von Trapp was a real Austrian patriot. Before Germany took over Austria, Hitler’s people tried to destroy the banks in Vienna. One of Georg von Trapp’s friends was a banker. Georg placed his family’s vast wealth into the Austrian bank to try to keep it afloat. It sank, the von Trapps were broke, and took to earning grocery money through singing gigs.

I used to be bothered when I learned that a popular book or movie (based on a true story) wasn’t faithful to the true story. Then I began to realize that art doesn’t have to imitate life. It helped when I remembered that my favourite artist, van Gogh, wasn’t creating documentaries in the cornfield or teaching astronomy on starry nights. I can live with that. The beauty is in the interpretation.  So, it doesn’t matter that the von Trapps lived a slightly different story than the movie’s musical family lived.  The only important thing is that Sister Maria moved to Vermont and became a beekeeper.

Ron Miksha is a bee ecologist working at the University of Calgary. He is also a geophysicist and does a bit of science writing and blogging. Ron has worked as a radio broadcaster, a beekeeper, and Earth scientist. (Ask him about seismic waves.) He's based in Calgary, Alberta, Canada. Ron has written two books, dozens of magazine and journal articles, and complements his first book, Bad Beekeeping, with the blog at badbeekeepingblog.com. Ron wrote his most recent book, The Mountain Mystery, for everyone who has looked at a mountain and wondered what miracles of nature set it upon the landscape. For more about Ron, including some cool pictures taken when he was a teenager, please check Ron's site: miksha.com.
View all posts by Ron Miksha →
This entry was posted in Culture, or lack thereof, History, Movies, People and tagged Vermont, von Trapp. Bookmark the permalink.