Time to say goodbye – or maybe not 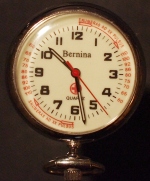 Bees have made the cover of Time. Missing bees, that is. The cover announces “A World without Bees” and promises to disclose “the price we’ll pay” if we can’t stop the bee losses. I’m not sure exactly what triggered this week’s special coverage – bees have been vanishing off-and-on for at least a century. My father – a commercial beekeeper in Pennsylvania – told me about his spring of ’52 when every time he opened a hive there were fewer bees in it. He called it “No-See-’em Disease,” which he said meant the bees simply disappeared. You didn’t see ’em. The colonies had good queens, lots of healthy brood and honey, but the adult populations dwindled. Others had seen similar things happening. The cause was never determined. This sort of thing has been going on for a long time.

Back in 1900, most farmers – or their neighbours – had a few colonies of bees. In the USA, there were an estimated 10 million kept hives. By 1950, there were 6 million. Today, there are about 2.4 million colonies of bees. What happened to all those disappearing bees? Most kept hives became unkept when farms increased in size and farmers simply didn’t want to mess with stingers and honey anymore.

Particularly interesting statistics come from Oklahoma. The state had 60,000 colonies of bees in 1978; 10,000 in 1988; 3,000 today. (This happened before CCD.) Over those 35 years, agriculture was flipped on its head in that state. Oklahoma’s small farmers were gobbled up like turkey feed. Fewer farm families; fewer bees on family farms. This has been repeated throughout the industrialized world – Germany, France, eastern Canada, Japan, and of course, most of the USA. Meanwhile, the average number of colonies operated by the few remaining beekeepers has increased, but not enough to fully replace the diminished numbers. Many years ago, it was common for full-time farmers to handle no more than six colonies. A big commercial beekeeper might have 800 hives. In the 1950s, only two or three outfits in the world operated 10,000 hives (I can think of Mexico’s Miel Carlota and America’s Jim Powers and perhaps the Miller family.) When I immigrated to Canada (around 1975), the biggest Canadian bee holding (3,000 hives) was controlled by Homer Park who hauled packages up to the Peace River country from California. Today, there are a dozen Canadian beekeepers with at least 5,000 hives each. Not far from my home, there are two beekeepers with over 10,000 colonies each. My province of Alberta has seen a huge consolidation in beekeeping. In 1950, Alberta’s 4200 beekeepers held an average of 12 hives each. Today, there are only 800 beekeepers, but each operates an average of 353 hives. By the way, with 282,000 colonies of bees, Alberta now has about 50,000 more colonies than the province had when Colony Collapse Disorder was first in the news ten years ago. Economics has increased colony count here while decreasing it in places like Oklahoma.

Time to get back to Time magazine. I am aware that winter losses for most North American beekeepers are higher than keepers can afford. It used to be expected that 15% of colonies would die each winter, according to statements made in the 1970s by commercial beekeeper and research scientist Dr Don Peer. Losses of 30% are frightening. Especially when that is an average. It means some beekeepers lost a whole lot more. For some operators, there is no recovery. Since those 30% averages have been sustained in most parts of the USA, research is conducted to try to find the cause. Everything from varroa mites to neonicotinoids to genetic weaknesses have been implicated.

A few last words. I am always troubled when anyone oversells their product. In this case, Time magazine’s feature article is the product. On their website, you can link to a video they title: “Why Bees are Going Extinct” – honey bees are NOT going extinct. But perhaps beekeepers are. While the USA hive count fell from 8 million colonies in 1920 to 4 million in 1970, the number of people owning bees fell from 1.2 million to less than 100,000 in the USA today. A ninety percent drop. While it is true there are fewer hives in industrialized countries, the developing world has more honey bees today than it did 50 years ago. Vietnam, as one example, has gone from 7,000 colonies in 1996 to over a million today. Rather than going extinct, some researchers point out that the number of bee colonies worldwide is up considerably – in fact, according to Aizen and Harder, authors of an extensive study, managed bee hives increased 45% since 1961 globally.

I want to add that Time’s articles about the honey bees (sans the alarmist headlines) are mostly very accurate and well-written. The main author Bryan Walsh has done a very good job. I appreciate that even though he used Einstein’s image to attract readers, and he repeated the apocryphal Einstein quote, “If bees go extinct, humans will be dead in 4 years,” Walsh says Einstein probably never said this and the statement is not true, anyway. Humans can survive without bees. Not as nicely, but we could survive. The Time magazine article points out that with fewer honey bees pollinating crops, food prices may rise and food varieties may dwindle. It is great to see bees being noticed by such a high-profile publisher. But it is a complicated issue. With changes in agriculture (chemicals, of course, but consolidation, too), climate, and pollination habits (monoculture is not good for bees), the bee losses can not be explained simply. No wonder it has been a difficult puzzle for bee researchers to solve.

Ron Miksha is a bee ecologist working at the University of Calgary. He is also a geophysicist and does a bit of science writing and blogging. Ron has worked as a radio broadcaster, a beekeeper, and Earth scientist. (Ask him about seismic waves.) He's based in Calgary, Alberta, Canada. Ron has written two books, dozens of magazine and journal articles, and complements his first book, Bad Beekeeping, with the blog at badbeekeepingblog.com. Ron wrote his most recent book, The Mountain Mystery, for everyone who has looked at a mountain and wondered what miracles of nature set it upon the landscape. For more about Ron, including some cool pictures taken when he was a teenager, please check Ron's site: miksha.com.
View all posts by Ron Miksha →
This entry was posted in Beekeeping, Culture, or lack thereof, History, Save the Bees and tagged colony collapse disorder, Don Peer, dwindling, Einstein, No-see-'em disease, Time magazine. Bookmark the permalink.