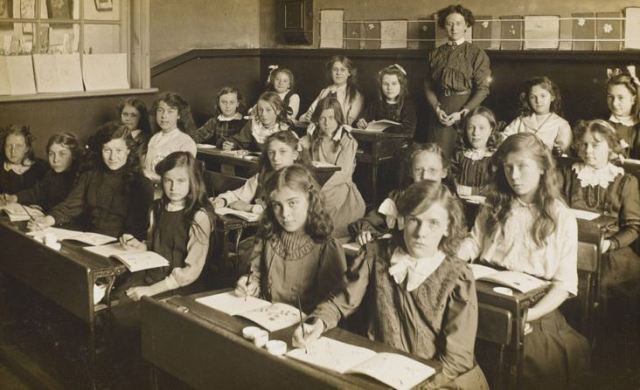 The kids in the Grade 5 classroom knew all about royal jelly.

“The bees feed it to their babies and they turn into queens.”

And so it is. We think. Royal jelly – countless journal articles (and Wikipedia) tell us – stimulates the latent she-ness in a female larva. It removes her from a future life of weary drudgery as a worker destined to live six short weeks who then dies wedged between some dusty stigma and anther. Royal jelly gives the lucky larva a future life as a queen employed in monotonous drudgery as an egg-laying machine destined to deposit progeny for three years in a crowded dark den, then die in a palace coup.  There’s not much of an advantage in the queen’s life. But it’s longer. And there must be a crown or something that comes with the job.

The reason the queen lives three or four years instead a few weeks and lays eggs instead of stingers is because of nutrition. As a child, she was given the special food. At least that’s what I always thought. Now some upsetting scientists are trying to change the bees’ narrative.

In a nutshell, University of Illinois researchers have found that pollen-based food called bee bread, given to larvae that become worker bees, contains an acid that works as a DNA methylation agent. Methylation of DNA was discovered just a few years ago. It can shut off the way DNA makes proteins, changing the way living things look, grow, and function. Scientists think it controls epigenetics (the way the environment affects gene expression). This is nearly as important as DNA itself in changing the future of a creature. Environment affects DNA methylation which can turn off the way some genes work. So this new theory suggests that an important component of the environment – diet – turns off some genes in the female, suppressing their expression, resulting in worker bees. 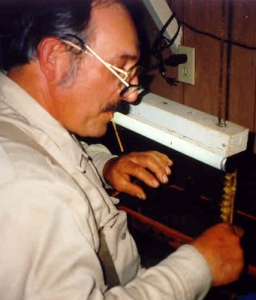 Professional queen breeders, such as my brother, seen here grafting queen cells, know the value of keeping future queen bees swimming in a surplus of royal jelly. The new science changes nothing about that. But we now have a different way of thinking about what royal jelly actually does.

We used to think that royal jelly made queens and a lack of it led to sexually shriveled, stunted workers. Instead, it appears that bees provide their future workers with food which suppresses the natural tendency for a larva to become a queen. Worker larvae start off with royal jelly (for three days) but then the diet is modified to include honey and beebread (made from pollen). Honey and pollen are excellent foods for all of us, but they contain p-coumaric acid which works as an off-switch for bees.

The U of Illinois researchers, led by May Berenbaum,  confirmed their theory by raising queens in vitro, giving them the same amount of royal jelly that hive-reared larvae receive when they develop into queens. But by spiking the jelly with p-coumaric acid, less well-developed queens resulted.

This turns the bee world upside down and I like it. It’s great to challenge age-old assumptions about how things work. We naturally assumed that better nutrition results in better bees – in this case queens instead of workers. Some people carry this idea so far that they eat royal jelly so that they, too, may live much longer and lay insect eggs. The notion being promoted by this research is that the royal jelly isn’t what makes the queen. Instead, all fertile honey bee eggs will become queens – unless they are fed honey mixed with fermented pollen (bee bread).  Now that’s a game changer.

But this result (which you can read about here) is not without its critics. It is doubtful that it’s as simple as one chemical (p-coumaric acid) having full control over the sexual maturity of honey bees. Some scientists are pointing to different compositions of bee spit that gets mixed into the worker/queen foods in the bees’ kitchen. Others say they have been able to raise queens without using any royal jelly. However, the work by entomologists Berenbaum, Mao, and Schuler has opened a new look at the roll of royal jelly in the beehive. And this may lead to some revised lesson plans for the Grade Five kids at our local elementary school.

Ron Miksha is a bee ecologist working at the University of Calgary. He is also a geophysicist and does a bit of science writing and blogging. Ron has worked as a radio broadcaster, a beekeeper, and Earth scientist. (Ask him about seismic waves.) He's based in Calgary, Alberta, Canada. Ron has written two books, dozens of magazine and journal articles, and complements his first book, Bad Beekeeping, with the blog at badbeekeepingblog.com. Ron wrote his most recent book, The Mountain Mystery, for everyone who has looked at a mountain and wondered what miracles of nature set it upon the landscape. For more about Ron, including some cool pictures taken when he was a teenager, please check Ron's site: miksha.com.
View all posts by Ron Miksha →
This entry was posted in Bee Biology, Genetics, Queens and tagged DNA, epigenetics, May Berenbaum, queen breeding, royal jelly. Bookmark the permalink.