Yesterday an e-mail arrived from a European beekeeper. He is new at bees and wanted my opinion about bee things (hive types, honey plants, eco-tourism). One of his questions particularly stood out.  He had found an ad for “honeycomb material” designed for the aeronautic industry. Rigid, light-weight, and made of synthetic materials. You can see the ad at this link. Here is a picture of the material. It looks like bees made it, doesn’t it? 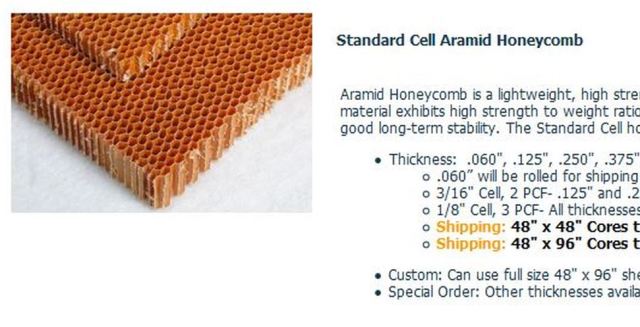 Aramid Honeycomb is a lightweight, high strength, nonmetallic honeycomb manufactured from aramid fiber paper. After the honeycomb is formed, it is coated with a heat resistant phenolic resin to increase its strength. The core material exhibits high strength to weight ratio, low density, and is very bondable. Aramid honeycomb is becoming increasingly used in high-performance non-aerospace components due to its high mechanical properties, low density and good long-term stability. The Standard Cell honeycomb is manufactured with the typical hexangular cell shape.

You are all welcome to comment below, but my first thoughts are that the material is likely not approved food-grade, the cell-size might not align with a bees’ knees, it may emit fumes toxic to bees inside a hive, and honey bees are reluctant to use fully-drawn artificial combs. That’s how I answered the person who wrote. I also told him that I could be wrong – I often am.

I appreciate innovation and I think that plastic bee supers and frame parts are fine. Our own 8-comb honey frame, pictured here, makes great use of durable, re-useable plastic. We have been making and using these for 10 years. 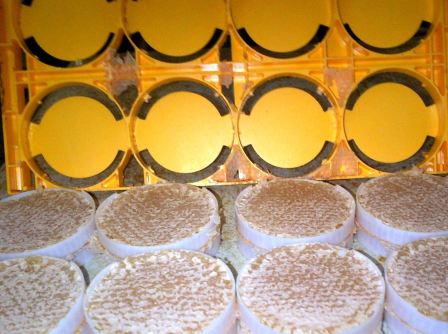 I haven’t always used plastic, of course. Nor are all our hive parts plastic – most are made from western softwoods. The first bee boxes I ever hammered together (rather poorly, I hasten to add) were made from an aging tulip poplar tree that grew on our Pennsylvania farm. We milled it with saws we had set up just outside our cow pasture. Tulip poplar (also called American poplar and tulip tree) is neither a tulip nor is it a poplar in the sense of the aspens or Walker poplars that are common out here in western Canada, where I’ve lived for the past 40 years. 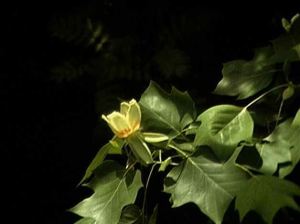 The tulip poplar tree has magnificent tulip-shaped flowers as big as teacups. At night, those teacups refill with about a teaspoon of fresh nectar in each. There are hundreds of these flowers on a mature tree (which can reach 200 feet, or 60 metres). Bees love tulip poplar trees, but most seasons the skies are gray and drizzly. The nectar is often washed out by raindrops, not bee tongues, leaving little for the beekeeper. With cooperative weather, the beekeeper may get about 40 pounds of tulip poplar honey during the brief flowering season, but that’s about it.

In Pennsylvania, near my family’s farm, beekeepers and mill-operators chopped down thousands of the beautiful basswood (linden) trees that once dominated the eastern landscape. Beekeepers used the soft pliable basswood to make squares for comb honey sections. From 1880 to 1920, they used one million of those basswood boxes each year for packaging comb honey. So many trees were cut for comb honey that basswood trees almost disappeared from the eastern forests.  Ironically, basswood is a nectar fountain, prolifically yielding white mild honey when few other sources are available in the Appalachians. Cutting the tree to make the package for the tree’s honey was about as sensible as killing a goose that lays golden eggs.

Old-fashioned honey section, made of basswood. Thousands of trees were destroyed to make these.

When I lived in the east in the early 1970s,  I felt it was a bit rude to turn nice (honey-producing) trees into tulip-poplar honey supers and basswood section-boxes. I was uncomfortable with the idea then and even more uncomfortable today. This is why using plastic (especially for hive parts that may last a hundred years) has some appeal to me.

But this does not mean that we can experiment with every construction material we encounter. My plastics are food-grade, tested and certified. The aramid honeycomb construction material that started this blog post (non-metallic and “coated with a heat-resistant phenolic resin“) is probably not so great for holding honey. The Estonian beekeeper who wrote to me and inspired today’s blog post knows this and was not planning to use it as frame material. He was just curious, as we all should be.

Ron Miksha is a bee ecologist working at the University of Calgary. He is also a geophysicist and does a bit of science writing and blogging. Ron has worked as a radio broadcaster, a beekeeper, and Earth scientist. (Ask him about seismic waves.) He's based in Calgary, Alberta, Canada.
View all posts by Ron Miksha →
This entry was posted in Hives and Combs, Tools and Gadgets and tagged artificial combs, bee equipment, plastics. Bookmark the permalink.