National Pollinator Week is coming, June 18-24. You have less than two weeks to get your affairs in order.  I’m not always sure what a person is supposed to do when National (fill-in-the-blank) Day/Week/Month is celebrated. Well, it’s pretty obvious that National Honey Fudge Day is a day to eat lots of honey fudge without any thought about your islets of Langerhans. But what does one do during Pollinator Week?

We can take a clue from the Pollinator Partnership, which tells us, “National Pollinator Week is a time to celebrate pollinators and spread the word about what you can do to protect them.”  It’s significant that eleven years ago, when colony collapse was at its peak and the end of civilization was near, the US Senate approved “National Pollinator Week” unanimously.  Unanimously!  Has the US Senate ever approved anything else by undissented decree?  That’s a hundred out of a hundred. Congratulations to them for collaborating, for once, on something important.  They wanted every American to recognize the pollination services provided by birds and bees and beetles and bats.

To help you celebrate, the pollinator people at Pollinator Partnership list some activities on their website. Here are some suggestions: 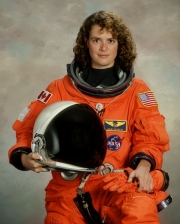 Look at that last line again: “Encourage your governor.”  I’m in Canada. We don’t have governors. We have a queen and a handful of English royalty on loan occasionally (the British queen is also the Canadian queen). The queen’s rep, when she’s not in Canada (and that’s almost always), is our Governor General, currently former astronaut Julie Payette. She’s the closest we have to someone called ‘Governor”, but not in the American sense. Canada has a National Pollinator Week which I think is on loan from the USA. Maybe we could ask our Governor General to issue proclamations about it.

Our lack of governors didn’t stop me from reading some of the Governors’ Proclamations that are posted on the Pollination Week website.  I was impressed. Several of the supposedly conservative ‘red’ states have remarkably progressive governor proclamation statements. I’ve lived in some of those places and have long realized that rural areas are populated by a lot of people who work to improve their neighbourhood ecology. They’ve told me that the health of flowers depends on the health of pollinators.  Here are a few proclamation excerpts. The full statements are worth a read:

And look at Texas! “Few things in life are as beautiful as a field of native Texas wildflowers. And you can thank a bee for that – or a hummingbird, or even a bat. Pollinators come in all shapes and sizes. While the iconic honeybee is the most well-known, moths, wasps, beetles, butterflies and birds share the load of spreading the pollen that helps plants grow healthy and strong. These creatures help maintain a beautiful and healthy ecosystem.”   The Texas governor even mentions ecosystems!

North Dakota: “Whereas, pollinator species provide significant environmental benefits that are necessary for maintaining healthy, biodiverse ecosystems, and…”  Oh dear. That’s exactly the same line they used in Alabama. Ouch!  Well, we live in a copy-paste world, don’t we?

Pennsylvania has a Pollination Week proclamation that might have been written by David Suzuki: “Whereas… contributing factors such as loss of habitat, chemical misuse, and invasive plant and animal species have affected our natural pollinators; and… Whereas, the domesticated honey bee, many species of butterflies, moths, birds, bats, and other pollinators are in retreat, threatening not only the production of commercial crops, but also a wide range of flowering plants, including rare and endangered species; and…”

In contrast, progressive California where left-leaning Jerry Brown is governor, has a rather subdued proclamation. What’s Jerry got against pollinators? Probably nothing, but his team could have written something more inspiring than “…the state of California provides producers with conservation assistance to promote wise stewardship of lands and habitats, including the protection and maintenance of pollinators on working land and wild lands…” and yaddah yaddah. Signed Jerry Brown.

If you have time, read a few of the proclamations yourself. If you are in the USA, look up your own governor’s proclamation.  If you like what you see, send your governor a note, or suggest changes if you must.  Although I tend toward cynicism, the statements seem more than trite political lip-service about good earthly stewardship. And that means something.

Ron Miksha is a bee ecologist working at the University of Calgary. He is also a geophysicist and does a bit of science writing and blogging. Ron has worked as a radio broadcaster, a beekeeper, and Earth scientist. (Ask him about seismic waves.) He's based in Calgary, Alberta, Canada. Ron has written two books, dozens of magazine and journal articles, and complements his first book, Bad Beekeeping, with the blog at badbeekeepingblog.com. Ron wrote his most recent book, The Mountain Mystery, for everyone who has looked at a mountain and wondered what miracles of nature set it upon the landscape. For more about Ron, including some cool pictures taken when he was a teenager, please check Ron's site: miksha.com.
View all posts by Ron Miksha →
This entry was posted in Culture, or lack thereof, Ecology, Outreach, Save the Bees and tagged National Pollination Week, pollinators. Bookmark the permalink.