Can we learn old tricks? 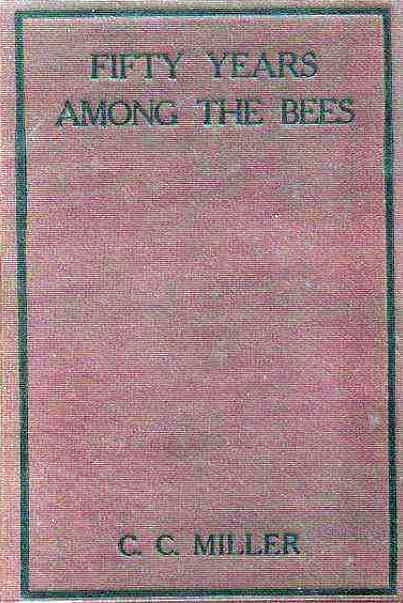 I have a small collection of old bee books, and I like searching them for new ideas. (If you can’t get new ideas from old books, what’s the point of history?) My favourite beekeeping books are the ones that tell stories about beekeepers. Most convey a lot of moral truth about tenacity, fortitude, and perseverance.

I like stories about the failures and successes of beekeeping, especially when told from a personal perspective. My own book, Bad Beekeeping, released fifteen years ago, tells the story of my younger days as a commercial beekeeper and it (so I’ve been told) has become something of a minor classic in the bee literature. I am grateful for that, but I have encountered a number of much better books that tell better yarns about beekeeping of yore. 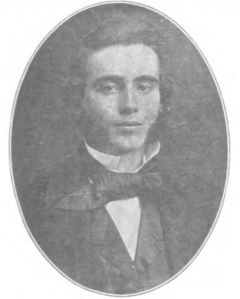 One of my favourite personal-account beekeeping books is Fifty Years among the Bees (1911) by C.C. Miller.  Dr Miller (1831 – 1920) was born on this date, June 10, and had an 89-year-long kick at the honey can. He wrote a lot about beekeeping, but Fifty Years is a true classic. Like me, Miller was from western Pennsylvania and headed west to become a commercial beekeeper. That’s pretty much where our similarities end. CC, as most people called Dr Miller, was brilliant and highly successful – arguably the best beekeeper of his generation. 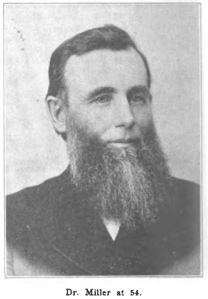 He lived during the “Golden Age of Beekeeping” – an era about a hundred years ago when good beekeepers, like Miller, managed 300 hives, produced 50,000 comb sections a year, and made a comfortable living of it. CC originally trained as a physician. He gave that up because he was in constant fear of making a mistake that might kill someone. When beekeeping came to him as an accident, it consumed him, became his vocation, and replaced the practice of medicine. In 1861, at age 30, his wife caught a swarm in a basket. Miller devoted the next 15 years to learning the bee craft. By then, bees had become his only source of income. By working hard and living frugally, bees supported him for the rest of his years.

Miller was humble and unafraid to expose his mistakes to the world. Unlike the many beekeepers with swollen egos, his goal was simply to make enough money from bees that he could afford to spend all his time beekeeping.  To quote his book, “It is not the yield per colony I care for, unless it should be to boast over it; what I care for is the total amount of net money I can get from bees.”

Fifty Years is a great story, a personal tale of how one can live a good life as a beekeeper. If you can’t find a decent hard-cover edition (Years ago, my father gave me his copy.), you can download it online as a PDF at Archive.org. The book was published over a hundred years ago, the copyright has expired, and over a thousand people have likewise downloaded Dr Miller’s informative and amusing story.

Here’s how the book begins:

“One morning, five or six of us, who had occupied the same bed-room the previous night during the North American Convention at Cincinnati, in 1882, were dressing preparatory to another day’s work. Among the rest were Bingham, of smoker fame, and Yandervort, the foundation-mill man. I think it was Prof. Cook who was chaffing these inventors, saying something to the effect that they were always at work studying how to get up something different from anybody else, and, if they needed an implement, would spend a dollar and a day’s time to get up one “of their own make,” rather than pay 25 cents for a better one ready-made. Vandervort, who sat contemplatively rubbing his shins, dryly replied: “But they take a world of comfort in it.” I think all bee-keepers are possessed of more or less of the same spirit. Their own inventions and plans seem best to them, and in many cases they are right, to the extent that two of them, having almost opposite plans, would be losers to exchange plans.”

You can picture this group of trail-blazing beekeepers, grumpy and provoking each other, shaving and dressing in a crowded room at a conference hotel. The book has at least as much to say about beekeepers as it does beekeeping. Sometimes the most useful lessons are taught by people who have made a few mistakes and then shared their experiences. It’s certainly less painful than creating one’s own stupid follies and then trying to recover from them. On this anniversary of CC Miller’s birth, I recommend turning a few pages of Fifty Years among the Bees. You probably won’t regret it. And you might learn some helpful old beekeeping tricks. 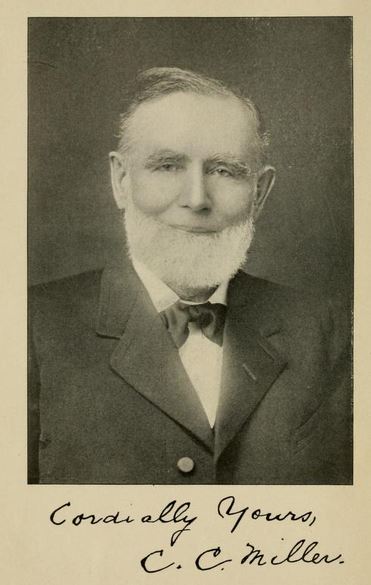 Ron Miksha is a bee ecologist working at the University of Calgary. He is also a geophysicist and does a bit of science writing and blogging. Ron has worked as a radio broadcaster, a beekeeper, and Earth scientist. (Ask him about seismic waves.) He's based in Calgary, Alberta, Canada. Ron has written two books, dozens of magazine and journal articles, and complements his first book, Bad Beekeeping, with the blog at badbeekeepingblog.com. Ron wrote his most recent book, The Mountain Mystery, for everyone who has looked at a mountain and wondered what miracles of nature set it upon the landscape. For more about Ron, including some cool pictures taken when he was a teenager, please check Ron's site: miksha.com.
View all posts by Ron Miksha →
This entry was posted in Books, History, People and tagged Bad Beekeeping, beekeepers, CC Miller, Golden Age of Beekeeping. Bookmark the permalink.

7 Responses to Can we learn old tricks?