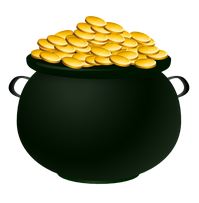 At a get together with a small group of beekeepers, we all started bugging one of the fellows about the price of his honey. At $10/kilo (less than $5/pound) one lady figured we could do well buying his entire crop and selling it ourselves. She might – she’s a born sales person. Me, not so much. But it got me thinking about the price of honey. And how hard it is for a beekeeper to decide how much to get for the stuff. Many beekeepers, it seems, are embarrassed to ask for the market price for their honey. To them, almost free is almost too much.

Honey has reached a record high price in North America. It has never been worth more. US bees are increasingly diverted into pollination, leaving fewer to gather honey. Much honey is imported into the states (2/3 of all US-consumed honey is imported) but the foreign sources are getting harder to buy because of growing world-wide prosperity – countries that used to export their honey now use it locally. And some countries – such as China, for example – have begun to buy North American honey. I know, first hand, that this is true. So honey prices are up. But I was still shocked to see how big the price increases have been.

Bee Culture magazine has had a group of faithful honey vendors provide prices on a monthly basis for decades. In September 2006, one could sell packaged cases of jars at a wholesale price of $2.80 per pound. Eight years later, the average price for the honey has almost doubled, to $4.98 per pound. Of course, that is filtered and packed and labeled and ready for the store. The USDA reports that the wholesale bulk price (in drums or totes) has more than doubled – from $1.03 per pound to $2.12 per pound in 2013. So, if you are selling a few hundred pounds of your finest wares, check prices at the local stores, tell your customers that your honey is better than the store stuff (It probably is.) and don’t be shy about getting the market price for your effort.

Ron Miksha is a bee ecologist working at the University of Calgary. He is also a geophysicist and does a bit of science writing and blogging. Ron has worked as a radio broadcaster, a beekeeper, and Earth scientist. (Ask him about seismic waves.) He's based in Calgary, Alberta, Canada. Ron has written two books, dozens of magazine and journal articles, and complements his first book, Bad Beekeeping, with the blog at badbeekeepingblog.com. Ron wrote his most recent book, The Mountain Mystery, for everyone who has looked at a mountain and wondered what miracles of nature set it upon the landscape. For more about Ron, including some cool pictures taken when he was a teenager, please check Ron's site: miksha.com.
View all posts by Ron Miksha →
This entry was posted in Beekeeping, Honey and tagged economics, record honey price. Bookmark the permalink.

1 Response to No longer almost free