A Penny for my Thoughts 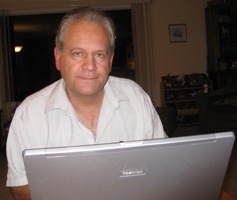 I began blogging in October, 1995 – 21 years ago this fall. In those days, it wasn’t called blogging. It was called “spilling your guts in public.” Of course it was a much smaller public back in the days of noisy slow dial-ups. The website archive.org has over 300 of my old webpages, including one from 1998, where I had a few crappy-looking pages about bees and where I wrote a regular piece on the Latest News in Apiculture. My site used ugly frames and it had graphics that danced around, but the site is saved in digital heaven where it will live on and embarrass me forever.  From archive.org’s WayBackMachine, here’s what my site looked like back then:

Some of the 1998 news that I wrote about hasn’t gone away. Congress wanted 4.2 billion for ag subsidies. President bill Clinton threatened to veto that – he wanted $7.7 billion for the farmers.  Another story mentioned a rooftop beekeeper in New York City, “with bees as far as 12 storeys up so they won’t sting anyone.” I also reported on Prince Charles accepting a traditional Slovenian beehive for his garden but having it taken from him by British agriculture customs. So many of the same sorts of stories – politics, beekeeping, personalities. It’s been fun reviewing beekeeping art, culture, and politics over all these years.

Through all this time of internet writing and reporting on bees, I never placed any advertising on my sites.  These days, I get approached by someone weekly with some promo scheme – they want to pay me to add their stuff to my pages. Sometimes it’s to sell their products, sometimes it’s to increase their Search Engine Optimization score. I’ve always said no, thanks. 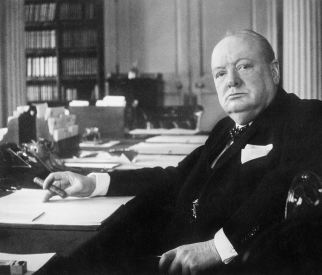 Churchill used a cigar, not a pen. Cool, eh?

Sir Winston Churchill, who wrote a dozen best-selling books, said that only a fool writes for nothing. I write because I have to write. I’ve got no choice. But preparing blogs keeps me learning about bees. Nevertheless, sometimes I feel a bit foolish (in the Churchill way).

But I don’t want to promote anyone’s better flowing hives or hotter idea for killing mites. Any endorsement would compromise my duty to criticize crap when I see it.  I might advertise good beekeeping stuff at some point -but only if it doesn’t seem that I prefer one smoker-maker over another.

Perhaps I could advertise trucks, trips, and TVs? Those are things I don’t write about. (Not much anyway.)  There wouldn’t be a conflict of interest. I’m giving it a shot. The folks at WordPress (the blogging platform that carries this blog you are reading) have offered me a few pennies a day if I let them post on my site. I’ve been thinking about it for a while and I’ve decided to give it a test run for a few months. I’d be pleased as a beekeeper hiving a swarm in May if you’d let me know what you think about this idea and the WordPress ads. If they’re not appropriate, or if they are too distractive, or if the adverts start featuring bug spray, send me a note (beekeeping@shaw.ca) and let me know.  Thanks.

Ron Miksha is a bee ecologist working at the University of Calgary. He is also a geophysicist and does a bit of science writing and blogging. Ron has worked as a radio broadcaster, a beekeeper, and Earth scientist. (Ask him about seismic waves.) He's based in Calgary, Alberta, Canada.
View all posts by Ron Miksha →
This entry was posted in Culture, or lack thereof, History and tagged advertising, blogging, internet, writing. Bookmark the permalink.

2 Responses to A Penny for my Thoughts