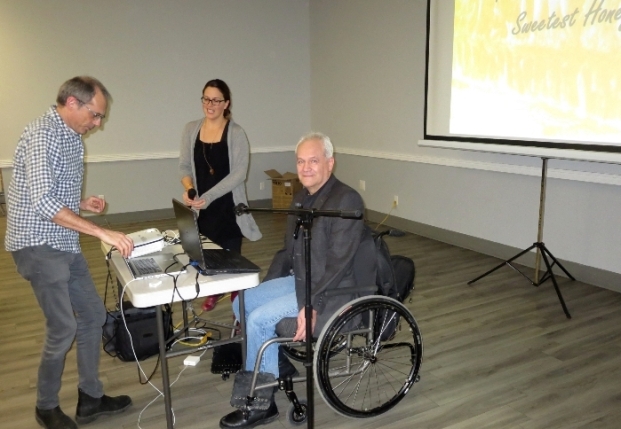 The April 2017 issue of the world’s best bee magazine (American Bee Journal) published a piece written by your favourite bee-blogger (me).  My article is called America’s Sweetest Honey. In it, I describe why honey from different flowers tastes different. Ultimately, I show that some honey is sweeter than other varieties. With that in mind, my story tracks down America’s sweetest honey.

If America has a candidate for its sweetest honey, then so does the world. I presented a talk here in Calgary on exactly that:  The World’s Sweetest Honey.  Well, of course, I don’t know for sure which jar of honey is going to be the sweetest. I’d have to taste them all to be certain.  But the journey of discovering some likely candidates is worth the effort.

Most beekeepers don’t know a lot about what’s in the honey they sell, so here’s a chance to learn about your product. Over the next month or so, I’ll write about some of the things every beekeeper should understand about the stuff they sell. For now, here’s a video of my January talk.  It’s long. But at the end of the hour, you’ll know what you need to know about the stuff inside a honey jar. You’ll even gently learn some organic chemistry.

Ron Miksha is a bee ecologist working at the University of Calgary. He is also a geophysicist and does a bit of science writing and blogging. Ron has worked as a radio broadcaster, a beekeeper, and Earth scientist. (Ask him about seismic waves.) He's based in Calgary, Alberta, Canada.
View all posts by Ron Miksha →
This entry was posted in Honey, Movies, Science and tagged Calgary Bee Club, honey, honey varieties. Bookmark the permalink.