Apimondia has honey. There are probably some serious honey trades going on among the world’s buyers and sellers visiting Montreal. The rest of us are getting small tastes of Slovenian acacia, Alberta white alfalfa, Chilean ulmo, Chinese jujube, and Argentine organic Yunga. I once dreamt of taking a self-guided honey-connoisseur tour of the world. I only had to go as far as Montreal – the honeys came to me.

Here are a few pictures:

Scandia Honey Company, Alberta, Canada.
Family-run producers of some of the world’s best honey.
This is Tique. Her parents run thousands of hives.

This is a very classy gift.
A brief-case full of fine honey from the United Arab Emirates. 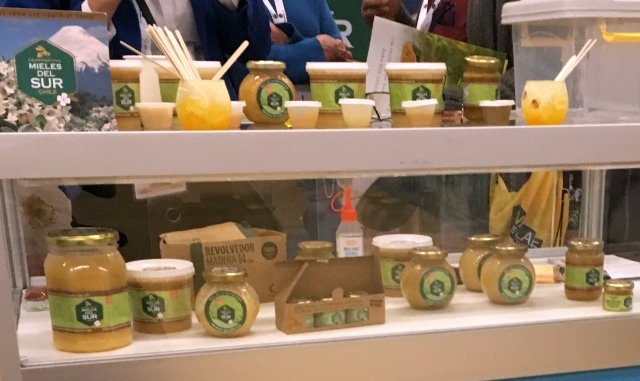 Mongolian mountain and hill honey. Why not? 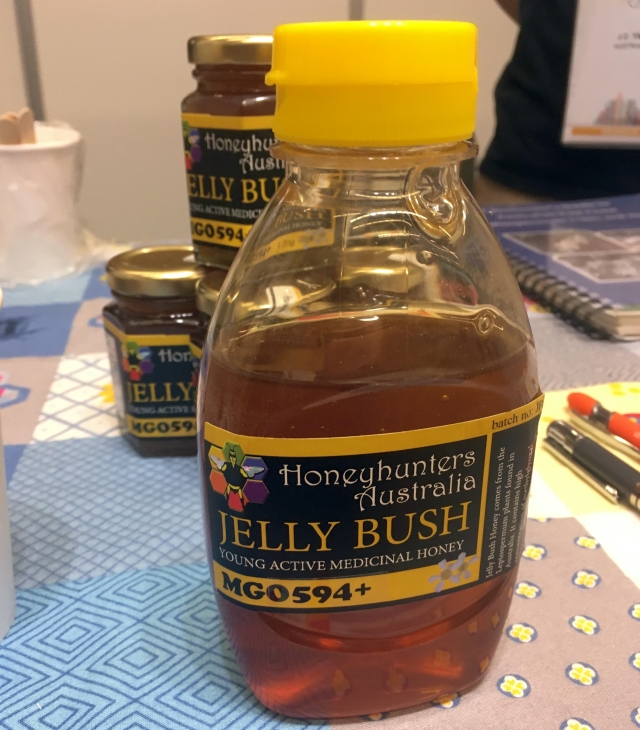 The Australian jelly bush is related to manuka. Its honey, produced on the east coast of Oz, has the same antibiotic properties but without as much hype and drama.

Yunga honey, from the northwest mountains of Argentina. I chatted with the brothers who manage thousands of pristine acres, just for organic honey.

Ron Miksha is a bee ecologist working at the University of Calgary. He is also a geophysicist and does a bit of science writing and blogging. Ron has worked as a radio broadcaster, a beekeeper, and Earth scientist. (Ask him about seismic waves.) He's based in Calgary, Alberta, Canada. Ron has written two books, dozens of magazine and journal articles, and complements his first book, Bad Beekeeping, with the blog at badbeekeepingblog.com. Ron wrote his most recent book, The Mountain Mystery, for everyone who has looked at a mountain and wondered what miracles of nature set it upon the landscape. For more about Ron, including some cool pictures taken when he was a teenager, please check Ron's site: miksha.com.
View all posts by Ron Miksha →
This entry was posted in Hive Products, Honey and tagged Apimondia, honey, organic honey. Bookmark the permalink.

5 Responses to Apimondia 2019: Taste the honey!