It’s about time. Tisdale, Saskatchewan has finally reformed its town sign and slogan. No longer will it be the Land of Rape & Honey. I thought that they’d go with the Land of Canola & Honey. But Opportunity knocked. 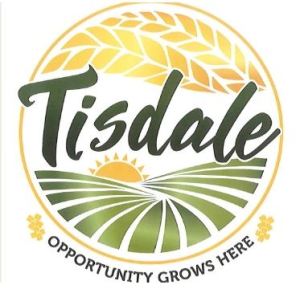 The town debated changing their image (and their signs and stationery) for over a year and finally made the switch official today. I like the new slogan (Opportunity Grows Here) and congratulate the town for making it through this difficult (for them?) decision. Here’s one of the new signs, on the left. I photographed the old sign way back in 1976 when I was in Tisdale for a beekeepers’ meeting.

After 60 years, the good people of Tisdale, Saskatchewan, are thinking of changing their slogan from “Land of Rape and Honey” to . . . something else. Well, it’s about time. Every town and village should reconsider logos, symbols, signs, and slogans that have been around for 50 or 60 years. Shake things up a bit.

Apparently, the old slogan made sense at the time. Tisdale, up in the northeast part of Saskatchewan’s black soil district was a great place for farmers and beekeepers sixty years ago. There was so much honey produced in the area that a big co-op warehouse was built to handle, process, and export several million pounds of the sweet stuff every year. Rape seed – genetically engineered and rebranded as canola – was the biggest cash crop. When I kept bees in northern Saskatchewan in the 1980s, canola was just catching on. Farmers loved the stuff – it grew well on freshly deforested parkland, and it sold for a fair price. (It is remarkable to realize that new farmland was still opening up by the thousands of acres a year, just thirty years ago in Canada.) Farmers loved canola, but they still called it rape. Just as the 60-year-old slogan in Tisdale still does.

Tisdale is thinking about changing with the times. The obviously crude slogan became even more crude when rape disappeared and canola took its place in the fields of Saskatchewan. Meanwhile, the farmers’ vocabulary remained stagnant. The town held a survey 20 years ago, trying to decide if it was time for an update back in 1992, but the vote was evenly split, so the slogan stayed. But times change. Today, less than one percent of the local cropland is planted in rapeseed. So the change-the-words campaign is holding another vote and is inviting submissions for a new slogan. “A Great Place to Bee” and “Hub of the Northeast” seem to be front runners. But “Less Rape and More Honey” will probably be the winner.

Ron Miksha is a bee ecologist working at the University of Calgary. He is also a geophysicist and does a bit of science writing and blogging. Ron has worked as a radio broadcaster, a beekeeper, and Earth scientist. (Ask him about seismic waves.) He's based in Calgary, Alberta, Canada. Ron has written two books, dozens of magazine and journal articles, and complements his first book, Bad Beekeeping, with the blog at badbeekeepingblog.com. Ron wrote his most recent book, The Mountain Mystery, for everyone who has looked at a mountain and wondered what miracles of nature set it upon the landscape. For more about Ron, including some cool pictures taken when he was a teenager, please check Ron's site: miksha.com.
View all posts by Ron Miksha →
This entry was posted in Culture, or lack thereof, Strange, Odd Stuff and tagged canola, Rape and Honey, Saskatchewan, Tisdale. Bookmark the permalink.